January 21, 2016
The Keynesian mantra, in its implications, has its roots in destruction rather than truth: “In the long run, we’re all dead.” If this is your guiding principle, we are destined to differ on matters of principle and timeline. While it is true that our fates intersect in death, that does not mean that we ought to condemn our heirs to that view: the view that our work on this planet ought only to serve ourselves, and that we ought only to bear in mind the consequences within our own lifetimes.
The Keynesians, of course, prefer their outlook, as it serves their interests; it has the further benefit of appealing to other selfish people who have little interest in the future to which they'll ultimately condemn their heirs. After all, they'll be long gone by then.
So, in the Keynesian view, the longterm prospects for the common currency, social stability, and personal liberty are not just irrelevant but inconvenient. In their view, regardless of the consequences, those in charge today ought to assert their will, on every conceivable occasion, for the benefit of the here and now; they oughtn't allow ethics, or even regard for their own children, to distract them. As they see it, they are called primarily to trick as many people as possible into working for their benefit, without knowing that this is precisely what they've done. They achieve this end, of course, through the manipulation and, ultimately, the destruction of the currency; and, as part of that strategy, they must first convince enough of the people that they can be made wealthier through the creation of more currency, and that they can spend their way to prosperity. A rudimentary examination will suffice to dismiss this myth.
First, the quality of any currency, however measured, is strictly defined by the available produce yielded through exchange. The valuation of any sound currency tends to enjoy the benefit of stability as it gains traction in trade; with rising trading volume and whilst unadulterated, the common currency tends to enable a rather stable, predictable trend of expectations, whereas its power wanes once disfigured by a process of economic, fiscal or monetary manipulation.

Individuals, vast in their interests and their time preferences and overall appetites, are, through the Keynesian model, to be made homogeneous by an overarching system which predetermines the price floors, ceilings and general priorities of life. Of course, all of this exists merely in abstract form. However, the supposition proposed by those who champion the agenda of “basic needs” fails to complement the progress achieved by the abolition of presumed guilt by the sole misfortune of birth or race, a precedent codified in 1865 to counter previous rulings, especially one landmark 1857 decision.

There is all of the difference in the world between treating people equally and making them equal. Since there exists no passive means by which to ensure that all hereditary, biological, anatomical, geographical or financial advantage is equalized, there remains only one means by which all persons can be received as near-equals: the scope of law.

Let us first be clear that this civilization, full of diverse persons of vast demands, ambitions and interests, seldom, outside the ease of political or intellectual discussion, takes interest in equality in the confines of their respective agendas. Every bit of human action is self-interested and compelled by the perception of advantage. By this phenomenon, equality is rendered a complete impossibility so long as individuals behave as their own representatives.

At the granular level, we may easily sift through striking inequities to determine the reasons and impetuses directing these outcomes. Ultimately, the means by which data compilation reduces human behavior to traceable metrics outright dismisses the ambiguity of the purpose of life. 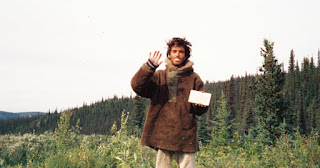 One emblematic example of this is apparent in the story of Chris McCandless, the principal character of the true story “Into the Wild.” In Chris’s short life, he is the sole producer and consumer of goods. His economy is hardly sustainable, let alone quantifiably significant. How can we measure the success of his life if our computational gauges are not intended to capture his objectives?

Even the most sophisticated of algorithms would fail to adequately model the quality of his adventure, and any attempt to gauge and reconfigure it would surely undermine its significance and the treasured yet often overlooked value of personal liberty.