Government’s laws appear to stretch forever into the cosmos, scarcely reined in by those who stand to benefit from the expansion of their powers.

Those laws, then, often replace negotiations and interactions between persons who are perfectly capable of managing nuances and disagreements on their own, who are likewise fully capable of assuming and evaluating their own respective risk appetites.

Of course, while these laws behave as surrogates for the otherwise human factors who originally conducted their own due diligence or paid the dear cost for their personal negligence, the statutory counterpart, the mere interpretation of a composite of ink and paper representing emotionally-inspired thought, fails to assume the same dynamic character of live human beings, always lingering around for far too long and always failing to adapt to fresh discoveries, new innovations and contemporary customs.

Instead, civilizations are predictably left with outdated and obsolete restraints which implacably command unquestioning obedience from subjects who stand prepared to shoulder added costs for regulatory and compliance measures proposed generations ago with, albeit, the warmest of intentions and possibly the circumstances to warrant their consideration.

The modern historian can pay tribute to this concept by recalling the original impetus for unionization within the United States auto industry, the Ford Hunger March, or by remembering the early twentieth-century zoning laws which introduced the standard for today, or by examining the 2015 Berkeley balcony collapse which ushered in tighter scrutiny and astronomically expensive compliance and permitting costs for commercial construction and home renovations.

Each of the laws which has spawned from these specific occasions has achieved obsolescence either immediately by way of a failure of logic or eventually with the passage of time or changes to circumstance.

By the time of the Ford Hunger March, the United States had experienced Black Tuesday, the stock market crash of 1929 which witnessed a 23-percent collapse of the Dow Jones Industrial Average and a market loss of roughly $30 billion ($437 billion in 2018 dollars) in the space of two days.

Whereas the easy monetary policies of the 1920s ushered in an awe-inspiring boom, the 1930s would react with a violent purge of unfounded exuberance, with the financial markets and other higher-order industries headlining that transformation.

With such a colossal decline in productivity, Ford Motor Company responded with dramatic reduction of wages and its total labor force. By 1931, the average annual wage for auto workers had declined by more than half of the 1929 level, and Michigan’s unemployment rate had surged above 8 percent.

The sociological climate in Detroit had suddenly transformed, as if overnight. Where laborers once enjoyed prosperity and the world’s highest wages, unemployment and dramatic increases in suicide incidence had taken its place.

Finally, on March 7, 1932, a crowd of 3,000 to 5,000 marchers gathered roughly one mile from the Ford plant, carrying banners which read “Tax the Rich and Feed the Poor,” demanding health care, rehiring of the unemployed, and the right to organize unions.

In April of 1941, Henry Ford would ultimately relent to these demands after another series of protests would cause Ford’s wife, Clara, to threaten to leave her husband unless he acquiesced, for fear of further violence and bloodshed.

Ford would agree to match the highest wage rates in the industry while recovering wages for more than 4,000 workers who had been previously discharged, in a deal which officially consummated the now long-standing collective bargaining agreement with the United Auto Workers union: a behemoth which has served to defend the indefensible, to limit organizational efficacy and productivity, to artificially increase the costs of production, and to singlehandedly place the American auto industry at an inherent competitive disadvantage against the rest of the world.

So, in a time far removed from the glory days of the 1920s and wholly separate from the living and workplace conditions of the 1930s, we remain irrationally connected with traditions riddled with controversy, which have served only a remote few with a very specific set of benefits, whose contemporary beneficiaries have far more in common with shirt-and-tie office workers than their gritty predecessors.

We witness the same affairs with zoning restrictions, whose relatively humble origins are founded upon the separation of industrial and residential regions, which serves today only to restrict development in areas desperate for residential and commercial space.

Of course, these measures were originally implemented during an industrial age of factories and smokestacks, which nudged legislators, residents and activists to voice their health-related concerns.

In the modern case, we enjoy commercial and industrial zones which take the form of innocuous retail and office space, a far cry from the smokestacks and butchers which once polluted the local community.

Nevertheless, we are left with the antiquated laws on the books which purport to serve the increasingly higher and abstract interests which grow only more indiscernible and convoluted with every clearer understanding of the role and objects of government.

We can only digress.

In the modern age, the irrationally-beloved and romanticized San Francisco Bay Area serves as the symbol of the catastrophic failure of zoning laws, where one can spot endless miles of untouched and undeveloped lands which have been marked off limits for their purposes as parks or government property.

In a sort of tug-of-war or whac-a-mole approach, local and state governments have teamed up with the federal government to extinguish poverty and make housing more affordable by essentially making everything more unaffordable than it would otherwise be.

Their approach to downzoning, permitting and height restrictions ensures that little will be accomplished by way of capacity, which combines with an undying enthusiasm for welfare subsidies to consequently ensure that artificially-high demand meets artificially-suppressed supply and diminished productivity to cause only further shortages and increasingly higher costs of living.

Then we cross paths with the story of the Berkeley balcony collapse, where thirteen partiers crowded onto a 40-square-foot balcony before its tragic collapse.

In typical fashion, politicians and activists lunged at the opportunity to cast blame instead of appreciating the sadness of the moment and accepting the risks inherent to life on earth.

In keeping with this spirit, the San Francisco Bay Area has made it prohibitively expensive, if not entirely impossible, for the average homeowner to add a balcony to his home.

In many corners of the Bay, homeowners face enormous permitting and engineering fees to comply with building standards pitched with the notion of defending the homeowners from themselves, or perhaps defending their guests from the evils of their hosts.

So, the average San Francisco Bay Area resident tends to settle everywhere for mediocrity, whether in renting unspectacular space at unamusing prices, purchasing an inordinately expensive house that he cannot possibly afford to modify, living along a precarious fault line to capitalize on discounted property, or generally squeezing through the Bay as he passes by thousands of acres of protected lands.

That’s ok, though, as this is precisely as the government prefers it: a weak citizenry whose most viable tool rests in the palm of government bureaucracy.

In short, we are left with a sloppy history and an epoch’s mistakes as the continued cause to carry on those mistakes which operate more splendidly under well-appointed labels, well-respected acronyms, and a rich history to boot. 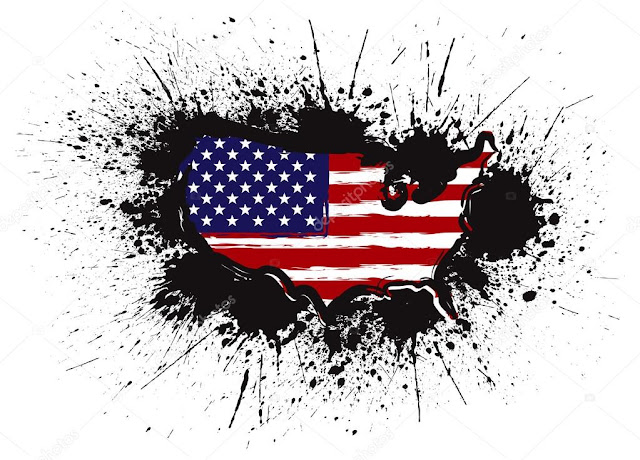 And we face this history’s ceaseless inertia with a passive obedience, a thoughtless acceptance or a futile sense of contempt, as its history grows and its visions concretize, its size, scope and legitimacy intensify, and its principles continue through space and time with the added benefit of assumed approval from the generations which coexisted with them.