Should women have the right to vote?

Should men and women treat each other as equals?

Many today hardly take a second to ruminate over these questions, assuming the affirmative in each case.

The truth is, however, that while these political developments over the past century may appear right and just, their effects are indisputable.

Whether biologically, genetically or otherwise, they are not equal, and they have never demonstrated the capacity to be equal.

What’s more, many social conventions have been born out of the inherent differences, those inequalities, which have suited households for centuries.

While each household possesses its own unique dynamics, men have long been embraced for their decision-making, their alertness to foreseeable threats, their capacity to protect and provide, and their ability to think logically and logistically to plan for the future.

In an environment where men are condemned for embracing their natural instincts and their traditional roles as leaders and protectors, women and their semi-male sidekicks effectively displace men from their natural roles; repress their innate instincts for the benefit of an academic agenda lacking substance, basis and perspective; feminize their civilizations and render them more passive, manipulable and vulnerable to control and despotism.

In the face of a civilization of passivity, the man who boldly scrutinizes the inanity and follies of newfound conventions subjects himself to the ridicule of the feminized cult that wants nothing more than for the man to shut up, follow orders and abstain from challenging the new status quo.

While men are not yet being exterminated en masse, the qualities that make them men are nearing extinction. 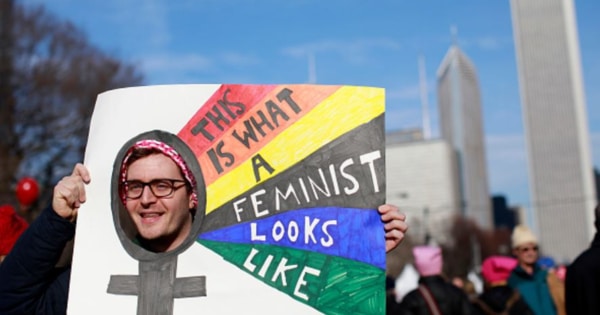 Thus, while humans with male features and chromosomal composition will continue to populate the earth, they will be men only by the presence of those features, devoid of the real qualities that distinguished them and made them suitable partners, effective leaders and powerful protectors of their families.

In eliminating these traits, the government and its exponents succeed in eliminating one of the essential barriers to government’s total control over society.

Often marketed under more exciting, agreeable or even laudable labels, control is the only thing government has to sell, and it’s really the agents’ only object.

And the business of politics is always good in that society which has fallen in love with the gilded notions of democracy, whose predictable ramifications are seldom unmatched by their popularity among impressionable, fad-favoring voters who proudly champion their causes.

August 19, 2014
Earlier today, the Wall Street Journal posted an article on the growing epidemic of criminal records. The article reports that nearly one out of every three American adults has a criminal record  —  a statistic corroborated by the Federal Bureau of Investigation, whose records show 77.7 million individuals on file in the organization's master criminal database. Is this an indication of a society which is becoming more violent and criminal, or of one which is becoming ever-populated with needless and overreaching laws, ordinances, and regulations? In a country whose growing majority depends upon government for salary or entitlements , this is indeed the mechanism through which the dependency is enabled. Some are apparently more than willing to surrender increments of freedom for the promise of free stuff.     Along with the extensive and pervasive development of laws in the United States, their execution has become more vile and horrid; and the experience of police brutality, alo
Post a Comment
Read more