An American author once wrote, “A patriot must always be ready to defend his country against his government.” It’s just too bad that so few Americans today even have the vaguest idea of what it means, and what it has meant, to be an American, let alone what it has cost to defend their country and preserve that precious bounty for those who have inherited it.

Of course, that precious bounty is a form of freedom, a disposition on rights, which is uniquely American. It’s incredible, really, just how indifferent most Americans today are toward freedom, such that many of them casually invoke European examples of statism as an endorsement of its institution in the United States. Remarkably, these people seem unaware of the fact that the United States was founded and framed around the institutions of limited government, maximal liberty and state and personal sovereignty.

The case of the United States has indeed been the case for a form of freedom unknown to the rest of civilization: a form presupposing the existence of rights not from government but inherent at birth by the designs of our Creator. In the United States, we have long empowered government with “few and defined” powers to preserve those rights, whereas the rest of civilization had long been conditioned to accept that those rights first originated with government. As such, the United States was not only forged out of revolution and the spirit of liberty, but out of the belief that all men are “endowed by their Creator with certain unalienable Rights, that among these are Life, Liberty and the pursuit of Happiness.”

So long as Americans have been free, they’ve been free to pursue happiness in freedom or elsewhere. Somewhere along the way, Americans lost touch with their history, their country’s founding principles, and their very reality.

Gradually over time, Americans journeyed from rugged individuals on the farm to sophisticated city slickers out of touch with their past and the sobering realities of life. The city slicker, always preoccupied and proud of that preoccupation, pays little mind to the skills and the merits of simple living, whereas the latter breeds a competency for survival and an honest appreciation for the fundamentals of life.

Simply put, the simple life lends clear insight into what works and what doesn’t, whereas hot air, speculation and false bravado can go a long way before they’re exposed in our windy cities. The latter, of course, is popularly charged with having conned people out of lots of money; however, its greatest feat is having conned the people out of their freedom and their understanding of virtue.

When Americans farmed the land, they were termed foolish if they didn’t have anything saved for unforeseen setbacks. Now that the product of their labor is measured almost exclusively in dollars, they have neither the resources to live off the land nor the financial capital saved for any unforeseen setbacks. While life for the average American has become relatively easier and more convenient, the average American has sacrificed a great measure of his freedom and security for the ease and convenience of a wage. Unknowingly, in becoming progressively more specialized over time, the average American has consequently sacrificed his ability to survive any setback without the support of some fellow man.

Whereas the average American once supplemented his living in commerce, while reserving the capacity and the resources to subsist off the land, the average American today possesses only enough resources and wherewithal to visit his local grocery store and heat his ramen noodles in the microwave. What’s worse, a substantial fraction of Americans wouldn’t even possess the means to do that if not for a wage paid out through the government. This has made Americans today more vulnerable than ever.

Unfortunately, with so many Americans desperate for mere survival, for their lack of critical survival skills, the average American is no longer equipped for true liberty and independence, much less prepared to defend it. For this reason, America is at risk of completely dismantling its constitutional republic, and with it the notions of liberty and limited government, for the short-term expedience of socialism, a seeming “necessary evil” in the minds of those ill-prepared to survive on their own and conceive of the risks.

With this transformation of America’s social order, we will find a populace lacking in wealth and in freedom; it seems that where civilization is without the former, it is progressively inclined to dispense with the latter. Just as well, it seems that any civilization without the former is then equally incapable of resisting the temptation as they are incapable of defending against it. Unfortunately, this means that the modern American will continue to suffer the ill-fated consequences of too much government and thus those attending too little freedom.

Make no mistake; the government prefers it that way. It is in the natural interest of government to ensure that living standards are always considerably lower than they otherwise would be. It is the mission of government to obscure the reasons from the public in order to maintain its support for the administration which keeps it that way. 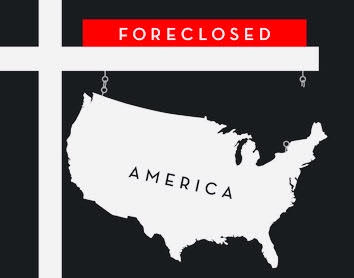 Ultimately, freedom is something which is easy to give up but nearly impossible to get back. Ordinarily, wherever human beings have aspired to get it back, they have failed, met instead with the punishing blows of the very institution to which they gradually surrendered that freedom. Although the expedience is always tantalizing in the short run, the long-run cost is always paid in the forms that make life worth living in the first place.

As strong and rugged individuals, Americans have long possessed the resources and the wherewithal to enjoy their freedom, but they have since become so poor that whatever they have left of freedom is all they’ve got left to spend.

Unfortunately for the case of America and for the case of posterity, they’re ready to default on their lease on liberty, and with it a new America will announce its forfeiture of freedom in a country once too wealthy to truly appreciate how free they were and yet suddenly too weak and too poor to even attempt to preserve that freedom that made it all possible.