The Economic Value of Man

Much fanfare surrounds the long-held lies and mystic mythologies which have hypnotized the public conscience: those of equality, the minimum wage, and the so-called "living" wage are but a few examples of the fashionable notions which have blatantly betrayed better judgment for their expedience on the political battlefield, where the casualties invariably number as high in human lives as they do in inconvenient truths.

Just as with every history ever officially reported, the economic value of man has been broadly politicized and thoroughly distorted, buried under emotional feelings and preconceived notions that prevent the public from ever truly grasping the gravity and implications of their convictions. In the heat of the moment, the parade proceeds inexorably without caution, with the confidence that righteousness measures in the strength of their numbers and the intensity of their voices. Meanwhile, the truth lurks quietly out of sight and out of mind, conveniently relegated to the margins of academic consideration by those out of touch with pop culture that's always due to take precedence.

The study of economics has broadly undergone one distortion after another, serving nearly exclusively to corroborate the political interest. There's no exception in the manner in which the public generally speaks of labor and wages, where the layman exposes his lacking business acumen along with his ignorance of economic value. 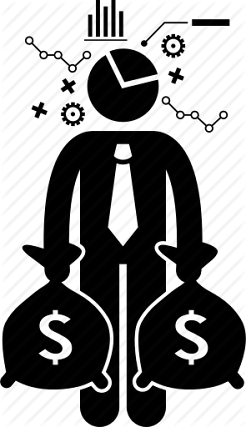 Economic value can be assessed fairly easily by every individual in any given case. Consider your net consumption in the form of the resources you purchase and exhaust on a daily basis. While entertaining those resources, consider the net product of your labor: how do you replenish that supply of goods through your daily production?

If the product of your labor is more abstract or indirect, in that you do not work directly in the manufacture of any goods, do your best to trace your daily work to the point of manufacture. If, for example, you are a nurse practitioner or medical doctor, consider the resources you use, along with the salary you eventually expend, by serving each patient; from there, estimate the economic value of each life improved or sustained by the procedure.

In some cases, the patient's life may not prove economically valuable; in this case, do your best to assess the economic value of the other individuals in that person's life, whose work is materially improved by his survival. A meaningful case must be made beyond the abstract to include this economic value-add in this estimate.

Without a doubt, each life bears meaning to someone, but it is a wholly different argument to suggest that each life bears economic value. In many such cases, patients generally drain resources from the economy and their households. Rather than inspiring economic growth by some spiritual means, many households simply cut back elsewhere, instead of increasing their productivity, in order to afford to care for a loved one.

What's more, given the existing makeup of the modern economy, where debt-financed consumption, services and government spending form an increasing share of "economic" activity, a great measure of that activity is unproductive, profligate or wasteful; despite the contemporary methods by which "economic" activity is gauged, most of the activity captured is nothing more than spending induced unsustainably by debt payable inexorably, at some time in the future, in the form of real goods.

Regardless of the misconception arising from the dubious Keynesian multiplier, whereby spending single-handedly and miraculously spurs economic growth, and regardless of the agreeable opinion that every life is valuable, these are truisms limited to their applications in religion, whether that of politics or spiritual philosophy.

As for the terrestrial affairs here on earth, the inviolable laws of economics will govern, and their lessons will continue to deal in reality with the genuine limits imposed by the planet's scarcity and the true abilities of man to coordinate its resources. While mankind can occasionally con itself into believing in false idols, in this case the false valuations of assets and occupations, the law of the land invariably returns to rectify the score; and it doesn't care in the slightest what you think.