As the Freedom Convoys around Canada advance the timeless cause of liberty, I can’t help but wonder what it will take to spawn a freedom movement across all of America.

It is a tragedy that people around cities like Detroit aren’t heeding the call to join their allies in the fight for freedom. It is a tragedy indeed that so many people in “the land of the free” and “the home of the brave” are content to see the status quo run its course, or to otherwise observe the fight from a distance. 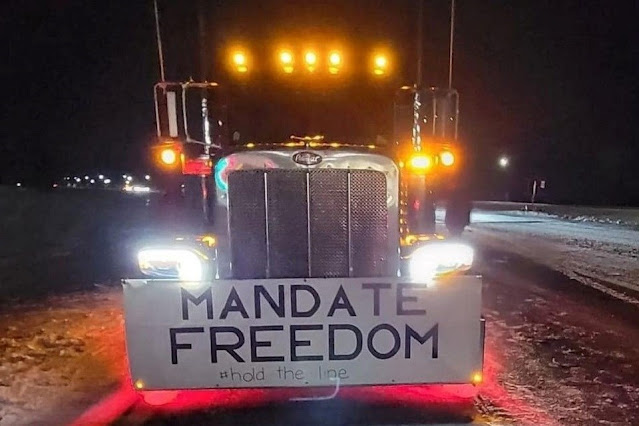 It’s possible that we’re living through a pivotal moment right now and yet Americans, and Michiganders in particular, appear to be sitting on their hands or twiddling their thumbs as freedom fighters across the bridge fight to reclaim their liberty. At long last, I think it’s time to start rallying around the cause.

It’s now or never, because if it’s not now, it won’t be peaceful the second time around; if not now, there will always be another excuse for inaction. Those who don’t act now will be the bystanders to history, or worse its casualties. Too cowardly to join in the fight, they will hope and pray that freedom prevails, lest they live to regret their indifference to it all; lest they live to behold the future to which they’ve condemned their heirs.

To what will this history attribute the failure of freedom in America? In this moment, it’s unequivocal: greed, cowardice and indifference. What a sorry excuse of Americans, and what a lousy way to forfeit so celestial an article as freedom.

We cannot sit idly by as our allies take up the mantle in the reclamation of liberty. If ever there were a time to stand resolute in our convictions, and to reprise the Spirit of ‘76, that time is now! The seeds of liberty are sown by the few, yet the fruits are enjoyed by the many. Let us not fantasize about the possibilities, but let us write the history as it ought to be written.

The summer soldier and the sunshine patriot will, in this crisis, shrink from the call of liberty and the service of their country; but he that stands by it now, who answers that most urgent call, deserves the love and thanks of man and woman. He is judged not only in his time, but for all of time in his most glorious sacrifice. Nothing, so long as man inhabits this planet, will ever be more important.

Tyranny, like hell, is not easily conquered; yet we have this consolation with us, that the harder the conflict, the more glorious the triumph. What we obtain too cheap, we esteem too lightly: it is dearness only that gives every thing its value. Heaven knows how to put a proper price upon its goods; and it would be strange indeed if so celestial an article as freedom should not be highly rated.

We have it in our power to make the world over again; to reclaim our freedom along with our humanity; to honor the sacrifice of Patriots of prior generations; to sustain the memory, traditions and the spirit of America; and to preserve the blessings of liberty to ourselves and our posterity. Let us not allow it to slip through our grasp!