A common argument has swept like wildfire across social media. The argument pits Democrats against Republicans on the basis of economic output in cities and counties dominated by each political ideology. The argument claims that Democrat-controlled counties vastly outperform their Republican counterparts. This argument is, at first, met with corroboration in that the majority of economic output, as measured by gross domestic product (GDP), stems from Democrat-controlled metropolises.

However, what this argument tends to ignore is that most of the spending and economic activity (as captured by the GDP) takes place in the cities; that most of the people live in or around the cities, and therefore they enjoy economies of scale; that far more human activity in the cities necessarily drives spending, and that far less human activity requires the same in the country; that the economic activity found in the cities is not a consequence of active government, but rather an incentive for more of the latter; and that economic outcomes, although relevant, do not independently capture the standard of living. 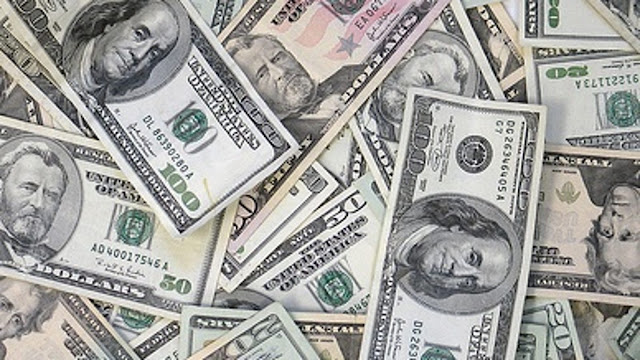 While it's true that the majority of GDP stems from the cities, it's also true that GDP is an extraordinarily flawed metric. Indeed, government expenditure, as a fraction of the entire GDP, has risen sharply over recent years; additionally, imputations and consumer credit have contributed significantly to these figures, meaning that the metric has become far more subjective and far less predictive of future economic outcomes. After all, that is all that the GDP is intended to convey: the sovereign's capacity to repay its debts through future production.

This is precisely why the metric was first adopted, and why it's changed over time to suit the needs of its employers. All of this means that GDP is not a reliable metric for true economic activity: over the course of easy money, low interest rates, deficit spending and sweeping debt monetization, these figures mean even less than ever. They are a distortion of economic activity, designed and redesigned to conceal the true state of the economy.

Next, in the field of economics, we classify much of rural economic activity as "lower order", as opposed to the "higher order" functions of the cities. Higher-order functions are sustainable only upon the continued satisfaction of lower-order needs. This means that, while higher-order functions might enjoy preferable profit margins for some period of time, this needn't imply that those higher-order functions will continue to yield the same returns into the future. We are, at this moment, living through a myriad of economic bubbles, not limited to consumer goods, sovereign debt, information technology, financial services, stocks and real estate.

Likewise, much of the nominal wealth accrued in the United States is either implied or on paper, predicated on the faith of real future returns. Rural areas, on the other hand, don't rest their future prospects on blind faith and optimism; they produce, or otherwise have the capacity to produce, most of what they need in order to survive. These lower-order goods are essential to the economy, and while their industry is priced relatively low on the margin, its true value is enormous. Remember, price and value are two distinctly separate phenomena. While they tend to find agreement over the long run, they can diverge widely over shorter periods of time, especially during panics and manias. This means that, while cities are the hubs for the many, the rural areas are for the few who care to get their hands dirty to produce what everybody needs in order to survive.

Next there is the claim about educated people moving to the cities, and that cities inherently appeal to more educated people. This is patently untrue. It's not that educated people prefer to live in the cities; this is not the modifying distinction between the people who prefer city life over country living. On the contrary, the people who prefer city life are those with only limited or specialized skill sets. People who live in the city generally lack the skills required to survive independently or in smaller communities. In order to survive, they opt to sell their labor in the market economy for goods and services for which they lack the skills and/or resources to produce themselves. In committing to city life, they abandon some of the principles and advantages of family life.

Whereas country living has historically placed an emphasis on the family farm or family business, city folk outsource virtually everything of meaning in their lives. They outsource their food and materials production, their education, and virtually every conceivable task. For this very reason, they conflate price with value; they underestimate the value of hard work, broad-based knowhow, and even their own families. They raise their children, if they have any children at all, not to inherit the family farm or family business, not to learn from their parents and appreciate the value of family, legacy and tradition, but to eventually subject them to lives of inescapable debt, nine-to-five monotony, and a lifetime devoid of true purpose or meaning. After all, they become mere economic agents devoid of purpose and merit where they're not first met with a qualified price. Put still another way, as economic agents their value comes in the form of approval from people whom they've never met and who care about them only insofar as they add economic value.

Over time, people have progressively abandoned their principles and their scruples to live out their lives as economic agents. They've become progressively more willing to part with those principles and scruples, insofar as they remain at all, in order to keep their jobs and support their families. This all points to the discreet features of the higher-order economy: a perilous and unsustainable arrangement which betrays the true needs and purposes of life. Just because one person fetches a higher salary, that doesn't mean that he's happier or more purposeful in his life; likewise, just because the collective boasts better financial returns, that does not mean that they are better off in their lives.

As intimated previously, virtually all of the productive work of city dwellers is reflected in their paychecks. In the country, however, much of their productive work is done for the benefit of themselves, their communities or their families. Much of their productivity, whether in dairy, produce, maintenance, repairs, or land development, is never met with a bidder. Whereas in the city everybody has a particular task, or a specialized skill set with a given price, country folk tend to be more independent and collaborative. Virtually all of human action in the city is captured by sales, but in the country the people retain their own resources and know-how to get the job done.

Ultimately, at the most sensible level, one ought to appreciate the fact that spending is not the end goal of the economy; rather, there is no particular end goal of the economy itself. The economy consists of individual actors working for their own self-interest. As Adam Smith, the father of modern economics, once famously wrote: "It is not from the benevolence of the butcher, the brewer or the baker that we expect our dinner, but from their regard to their own interest." Likewise, the butcher, the brewer and the baker work not merely to stimulate demand, but to cover their costs and to enjoy the fruits of their labor. In enjoying the fruits of their labor, they aim perhaps to expand their business, to obtain more plant and equipment, or otherwise to obtain resources and access services that improve their quality of life. In the end, the object of most people is to seek further enjoyment through the accumulation of resources and memories.

When lacking the space, the knowhow and the resources at the outset, most city dwellers seek to optimize their quality of life through services that make life more convenient. Country folk, on the other hand, amass a wealth of space, resources and knowhow, and so their options are far more abundant. While they may or may not boast as high a salary as their counterparts in the city, they invariably have more discretion in how they use their resources, which, in the case of the latter, are not limited to pecuniary means.

In the end, we find that the true objective of every person on this planet is self-fulfillment. For this very reason, many city dwellers, and even country folk who've opted to experiment with city living, eventually find their way back to the country. They find their way back there not because they're uneducated, but because they've learned that there's more to life than making and spending money.