August 10, 2014
The most radical extremist is the one whose personal understanding of self is incompatible with the mystic expectation held by the sum of thoughtless, unquestioning, and uninspired persons who comprise society. The most radical extremist is he who has developed an understanding far too complex and enigmatic to even momentarily halt the inertia of the ever-developing and familiar establishment of the institutional status quo. To challenge the status quo is to question the progress of mankind. To challenge the absurd momentum of illogical opinion is to make you a person, and no person shall trump the will of society.

No person shall rule over society unless that person is to further the development of society and its agendas. Somehow the extremist is the one who remembers that the smallest unit of society is the individual, and that without the preservation of that individual, "social progress" is moot and self-defeating. The very mention of extremism or radicalism isolates those persons whom "society" identifies that way. The irony herein is nearly comedic but for the real and systemic consequences it causes. In cases in which systemic and institutional violence, coercion, and theft become the status quo, extremism is not only desirable but necessary to combat the more extreme evils of tyranny.

Extremism sounds frightening because most persons tend to fail to realize the true extent of global diversity. Each and every person is extremely different, but we are so often molded and conditioned to think, speak, and act according to the socially-engineered expectation that we have become actors on this terrestrial stage of life. We know not who we are, but what is expected of us. Thus, we are normal. Thus, the one who steps outside of the snow globe to peer into the universe is the outcast. He is the slave to those who have already accepted the course. They are the slaves of those who have assumed power over them, and the self-defeating, unescapable cycle continues. 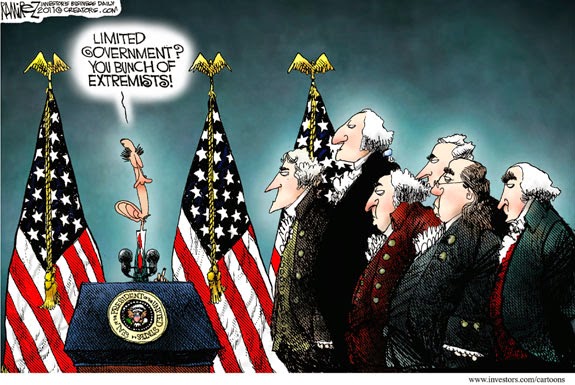