June 26, 2015
Nothing in the market can ever resemble anything more than asymptotal accuracy. Moody's has recently demonstrated a brilliant capacity to employ econometrics in its downgrade of Chicago GO bonds to "junk" status. However, just as every enterprise and sector which comprises the market is vulnerable to market shifts, rating agencies are not impervious to their own downgrades, and Moody's record over the past decade certainly remains suspect at best. However, just as Governor Rick Snyder issued his platitudinous response to today's Supreme Court ruling, defending the importance of "respect[ing] the judicial process and the decision today from the U.S. Supreme Court," chief market strategist David Zervos must be expected to similarly defend his status quo: "They like to be noisy, and this is a way to be noisy. I don't think the effects are big in the end."
Just as Janet Yellen at the Federal Reserve feels pressured to remain dovish on the U.S. markets, fearing that a mere honest admission of the status of the economy, the future course for interest rates, and the Catch-22 which imperils the USD would suffice to endanger the markets, the onus remains on stockbrokers and their strategists to generate bullishness at whatever expense. While margin debt and stock buybacks run rampant in this debtor's paradise, nothing can seemingly interrupt the blissful optimism of this nominal bull market which masquerades as economic improvement while remaining completely leveraged upon a drawn-out zero interest-rate policy and cloaking a continued bear market denominated in real terms. 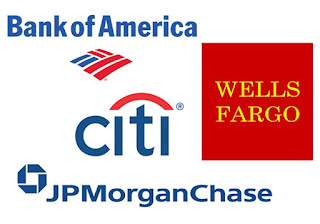 Just as in the 2012-2013 Cypriot financial crisis, American banks will soon be purged of their credibility in the global markets. The interplay between the United States government and the American banking industry ensures a continuation of risky behavior, moral hazard, and malinvestment. The feigned guarantees, both tacit and direct, stimulated by FDIC and sponsored loans backed nominally by the United States government but substantively by a revolving door of debt and credit creation through treasuries and inflation, have designed a banking system insulated from scrutiny and have emboldened an otherwise absurd and reckless fractional reserve structure which likely would be kept responsible absent this pretense. For the record, FDIC possesses approximately $33 billion in reserves to cover roughly $11 trillion in deposits. FDIC can achieve only nominal guarantees. In the case of a banking crisis, depositors may receive their paper, but they'll also receive a haircut, just as those in Cyprus experienced on the magnitude of 7-10%.
The behavior of domestic bankers and brokers may be little changed in the meantime in response to these downgrades, but their global counterparts have become increasingly aware of these trends, and the United States' most relevant enablers have become overtly suspicious of the stability of the USD and its markets. The Asian Infrastructure Investment Bank is poised to rival the IMF, the World Bank, and the Asian Development Bank, the latter three of which contain the United States government as a dominant influence.
Ultimately, the brokers and advisors responsible for wealth management seem steadfast and ready to resume their course in this clearly overleveraged market. The extent of this actionable leveraging is the consequence of a ubiquitous enterprise competing absent depositors' scrutiny and predicated upon a seemingly limitless availability of credit. The source of this credit is a fountainhead of intoxicating gases. While these banks may possess the capacity to purchase commercial paper at low rates, they are then only as credible as the paper they hold, and where is the guarantee that these rates will remain low? Moreover, why have the recent stress tests on the U.S. banks neglected to experiment with a normalization of interest rates? If anything, this is an implicit admission of their insolvency and overall incapacity to compete, or even survive, in an unadulterated market. In the end, Moody's may have slightly missed the mark, but only in tardiness and leniency.