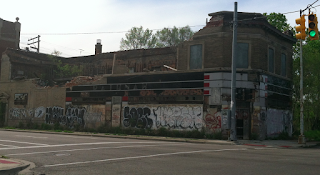 Statists in Detroit yet again rest their case on the balances of government revenues instead of recognizing that these privately-managed funds have constituted substantial growth, innovation, and renovation in the city of Detroit. This article comically and unwittingly refers to the issuance of tax credits in 2011 which enabled corporate earnings to remain with the persons who first designed the mechanisms which voluntarily, symbiotically spurred investment and development in the city. Since this very date, Dan Gilbert's Quicken Loans has doubled its volume in loans while increasing its staff by over 117%, all while the Detroit-Warren-Dearborn metropolis has experienced a per-capita GDP increase of 7%, one of the highest rates of increase across the entire nation. Admittedly, doses of quantitative easing, government-backed loans and purchases of mortgage-backed securities, and a zero-interest rate policy have combined to artificially buttress these volumes and revenues for Gilbert's business. Moreover, the expansion of the quantity of money -- real inflation -- beyond that of output, commonly correlated with rising prices and regarded as inflation, probably accounts for and outstrips the majority of the statistical growth. 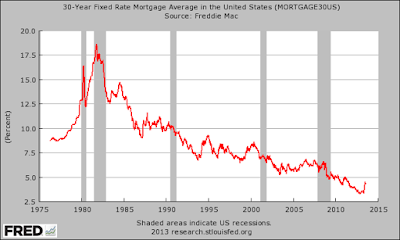 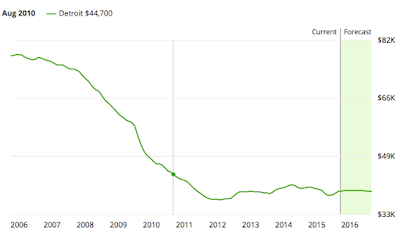 "The story of Detroit after World War II is losing businesses, losing residents. And one way of adjusting was to add taxes," says Reynolds Farley, a demographer at the University of Michigan. "Detroit has the highest income tax in the state of Michigan, has a 2 percent tax on corporate profits, has a tax on utility bills — those are unique to Detroit, and they were imposed because the tax base was disappearing." In 1950, Detroit had roughly 1.9 million residents. Today, there are 680,000. That's a 65 percent decrease. Not only has the City of Detroit employed nearly every possible avenue for taxation upon the persons who live, work, or innovate within the city, these bureaucrats have also squeezed every possible ounce of life out of the estate, where commercial and residential property taxes have earned acclaim as the highest in the nation.

Inner-city Detroit’s debilitated reputation and dilapidated appearance have followed and contributed to its demise. Metro Detroiters are typically fearful of and apprehensive about the city. Moreover, there exists not a single mall within the city limits of Detroit. I mention the “lack of a mall” because I believe that this is both an indicator and a driver of human disinterest and perceived unwelcomeness. There is simply far too much resistance to profitably build within the city of Detroit. Crime, high city taxes, and condemned neighborhoods all contribute. Additionally, the lack of a direct transit system from the outskirts of the inner-city to Downtown and Midtown inherently decreases the marginal cost of living beyond the city limits to avoid city income taxes which rest at 1.2% and 2.4% for nonresidents and residents, respectively. Detroit has a long trek ahead, and the service sector industry will be insufficient to sustain the ride. Detroit once stood as a beacon of prosperity, a bastion of wealth, ingenuity, and industrial might, boasting the greatest GDP per capita in the United States, while the United States claimed the highest GDP per capita across the entire globe. It has since been supplanted by an overextension of bureaucratic red tape, exorbitant levels of taxation, artificial price floors for labor, and a psychology of dependency instead of personal sovereignty and responsibility, epitomized by the communist manifesto etched into Hart Plaza and the government monstrosity known as the Coleman A. Young Municipality Building, monopolizing prime real estate in the heart of Downtown Detroit. From Hart Plaza to the pensioners and creditors who have received a haircut on their expected returns, to the 40 percent of city streetlights which do not work and the estimated 78,000 abandoned buildings, nowhere else across the entire United States will you discover more profligacy, and nowhere else will you find a greater, more palpable cautionary tale against the perils and paradoxes of government. Nowhere will you ever find a greater symbol of Paradocracy.

I am predicting that Gilbert's empire will soon encounter a major contraction of viable demand, an expansion in delinquencies, and a dissipation of its paper profits. Imagine the future for Detroit real estate when interest rates adjust upward, not from a voluntary adjustment by Janet Yellen at the Federal Reserve but necessitated by the lack of global demand for United States dollars. The slide in Detroit real estate, which ensued during the 2007-2009 financial crisis, would have been far more severe, far more remedial, without the initiatives taken chiefly by Quicken Loans, which relocated its headquarters to downtown Detroit in August of 2010. Quicken Loans was joined by Compuware, DTE Energy, and Blue Cross Blue Shield of Michigan, in an effort to incentivize downtown living. These incentives are as follows: New homeowners receive a $20,000 forgivable loan toward the purchase of their primary residence; New renters receive a $2,500 allowance of funding toward the cost of their apartment in the first year, followed by additional funding of $1,000 for the second year; Existing renters receive a $1,000 allowance of funding for renewing a lease in 2011; Existing homeowners receive matching funds of up to $5,000 for exterior improvements for projects of $10,000 or more. This is a precarious house of cards. As soon as Quicken Loans experiences a contraction or large-scale delinquency, a threat palpably experienced during the 2013 US government “shutdown,” all of these paper profits and their incidental benefits for the city of Detroit will be squashed. The gains experienced by Quicken Loans since 2011 indicate to me a serious overvaluation and overextension, all enabled by the tenuous and unreliable purchases and guarantees of the United States government and their GSEs. In the end, the stimulus has offered a remarkably powerful sedative, but withdrawal and remediation are imminent, and their effects will be real.