Is Money the Root of All Evil? 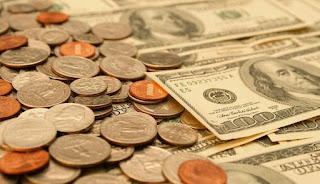 The vilification of money and the unequal possession thereof is merely the tip of the iceberg of imminently-recognizable disparities among individuals. Money, oddly enough, serves merely to express individual preferences across regular intervals of time, rendering possible and powerful the dynamic demands of all participants and the benefits of mobilizing to match those demands.
As it turns out, money most clearly reveals the costs of behavior, further motivating merit-based transactions. Without the expedient and efficacious tool of money, civilization regresses to a state of uncertainty and imperfect matches.
The civilization becomes more insensitive to its losses spawning from lower-level discrimination, while an agrarian or barter-style system of exchange, heavily limited by the double-coincidence of wants, restricts the reach and convertibility of goods in foreign markets, thereby inherently impeding relationships and hardening the civilization’s isolationist posture.
Of course, this not only causes the tragedy of inefficient, underperforming markets, which are sure to lift off through specialized trade and comparative advantage, but rather enfeebles the community in terms of intercultural relations and awareness and its capacity to endure supply shocks.
The popular phrase goes, “Money is the root of all evil.” This shorthand verse grossly misrepresents 1 Timothy 6:10, wherein the Bible states, “For the love of money is a root of all kinds of evils. It is through this craving that some have wandered away from the faith and pierced themselves with many pangs.”
One must be sure to recognize the distinction here uncovered between money as the root of all evil and the love of money as its root. Remember the words of Aristotle from the Nicomachean Ethics: “The life of money-making is one undertaken under compulsion, and wealth is evidently not the good we are seeking; for it is merely useful for the sake of something else.”
This compulsion, if founded upon voluntary exchange, can yield handsome sums of wealth only by the mutual satisfaction of personal demands. This produces a non-zero-sum game in which all parties perceive advantage.
It is only by the mechanism of theft or coercion that zero-sum outcomes, or even net-negative results across the longer term, are even possible.
The condemnation of money, or such tools employed for exceptional achievement, serves only the shortsighted interests of a specific group of persons, historically clergy or statesmen who stand to gain from clever, compelling redistributions of wealth under the name of welfare, righteousness or social justice. Ultimately, these are merely euphemisms for selective privilege absent accountability.
Let us voyage into an example of such a civilization: Cambodia during the reign of the Khmer Rouge. The Khmer Rouge, a French name for Red Khmers, was a Communist regime that designed their own micro-utopia in Cambodia from 1975 to 1979. As it turns out, their ideal civilization was a dystopia rooted in agrarian socialism which resulted in the mass genocide of 25 percent of Cambodia’s total population, approximately 2 million people.
As it turns out, this power-play was the consequence of the appeal of government-guided mercantilism whereby the principal agenda, equality for the majority, translated to an elimination of money, a shortage of medicine, and caloric and dietary restrictions which led to cases of people eating spiders to survive.
Ultimately, this is how designs of equality and social justice end and there exists no sound theory by which man can make men equal. Any attempt to achieve this end is deliverable only at the expense of the individual, his potential and ambition and the expedient progress of his predecessors.
It is not to even the playing field, but to make life lousy and play-less, all while the prevailing governing body lays claim to any gains to sustain its monopoly over the social good.