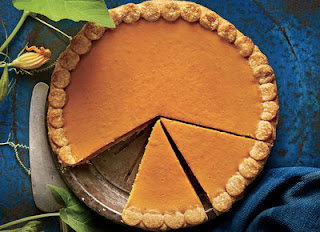 The fixed pie fallacy demonstrates how people often regard the marketplace as containing a limited supply of work, whereby one individual’s production is deliverable only at the complete expense of another. I emphasize the operative adjective complete because this exhaustion of resources or the conveyance of some service is interpreted as an encroachment upon the single viable mechanism by which this pinpointed victim (of commercial progress, mind you) may become gainfully employed. Of course, this assumption is categorically false, as there is nearly an infinite appetite among individuals for goods and services, ranging from the menial to the most sophisticated.

In fact, the expansion and reach of labor-saving devices, combined with their productive might, enable a form of scaled labor which returns relatively progressive compensation, in forms of face-value financial gain and diluted on-the-job risk, to enrich the sea of career options in forms which may not recognizably appear on a pay stub or balance sheet.

Take, for instance, a pop artist whose hits seem to always find a spot on the Billboard Top 100. He who subscribes to the aforementioned philosophy of the fixed-pie narrative might contend that the world would benefit from restricting the reach and distribution of this artist’s work, that his commissions are deliverable only at the expense of counterparts worldwide.

While it may be true that there are plenty of artists whose works will be displaced from the airwaves to accommodate this single artist, there are several overlooked features of this outcome which are important to recognize before hastily and dramatically denouncing it as inequitable or reprehensible.

First, many of the overlooked tracks of artists worldwide may be critically acclaimed by few but may fail to appeal to a wide enough audience to warrant selection on a given radio station whose own interests are served by prevailing trends among listeners. Of course, stations and producers are inclined, just as common folk in their everyday lives, to take measured risks to ensure the success and viability of their enterprises.

This inherent propensity for risk aversion is nearly inexorable from the human experience, and to propose an instituted policy of heightened responsibility for some, in the case of the producers and music stations, is to not merely violate their respective freedoms to contract but to systematically confer added risk to those industries whose principal interests would otherwise remain hinged to the dynamic penchants of their audiences.

Ultimately all forms of production exist as artistic expressions and fail to resemble anything of objective value. All value is subject to the market of opinion and to the attending valuations assigned by individuals who perceive an advantage in acquiring counterparts’ goods and services. There exists an inherent level of risk in pursuing any career field, some more pronounced than others.

In the market for goods and services, the consumer operates from a position of limited time and knowledge and therefore relies upon trends and prior experience to estimate the value of any product. In the marketplace, it is important to remember that the production of staple products, such as foods and those capital goods which enhance the quality and quantity thereof, are the bedrock of longevity on this planet.

The services industry is the consequence of a hyper-productive market wherein mere sustenance has been reduced to a sliver of conscious relevance in the daily lives of most individuals. However, sustenance, the pursuit of future survival and investment therein, will likely remain the expressed priority of individuals over the encouragement of, and procurement for, their counterparts in their pursuit of artistic hobbies whose entertainment value fails to exceed that of the single aforementioned artist, a practice which would theoretically serve to merely redirect earned capital to resource-exhausting consumers whose marginal labor only continues to be unmatched with any substantial growth in the standard of living of their donors.

The market would otherwise benefit from the local subsidization of these hobbies through the still-voluntary channels of hometown gigs or family contributions whereby individuals are actively determining for themselves what they are willing to pay for their entertainment and, on the side of the performers, whether this is sufficient for the lives they wish to lead; if not, they will be market-incentivized to explore alternative forms of expression which are more lucrative and, which is the expressed equivalent, more useful to the lives of those who comprise the market. This actually directs the labor force toward a symbiotic outcome without exhausting resources in ventures which are already effectively predominated by producers with greater scale, lower overhead and comparative advantage.