The Beginning of the End for the US Dollar?

August 28, 2017
Gold finally broke out above the $1,300 level today, closing at its intraday high of about $1,316 before surging in after-hours trading near the $1,328 mark, moving the yellow metal more than 2 percent on a day that saw the major indices move sideways and the U.S. Dollar Index (DXY) continue its year-to-date decline, ending the day around 92.20. 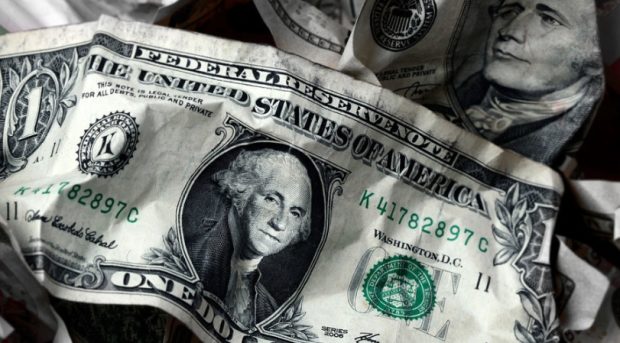 Meanwhile, silver also benefitted from the day’s trading, gaining 2.5 percent to settle around $17.50 per ounce. Commodities traders will want to keep a close eye on the precious metals after gold has finally broken through that key $1,300 level.

This is likely to stir further confidence in the metal’s foreseeable upside potential, as the trade has long been subdued after failing to seriously test that key technical threshold since November of last year, the start of what would prove to be a 13-percent decline by Christmas.

Gold’s next technical test will be around $1,400, a level that the metal has failed to breach since September of 2013. If this is the beginning of the next secular bear market in the US Dollar, precedent suggests that there is a far longer drop before the currency reaches its bottom.

In February of 2002, the U.S. Dollar Index registered 113 before falling to 80 in July of 2011, a period of time which experienced a massive real estate craze, an ensuing financial crisis and a DXY decline of 30 percent.

The U.S. Dollar Index peaked at 103 in January of this year.

A conservative projected loss of 32.5 percent, a mere average between the two most recent declines, would bring the DXY below 70.

If history is any indication, the bear market in the U.S. dollar has many years and losses ahead.

With the nation’s anemic GDP growth, plateauing personal incomes, trivial savings rates, and its unserviceable diversified debt loads, along with the improbability of any further rate hikes by the Federal Reserve this year, let alone any unwinding of its massive $4.5-trillion balance sheet, the full faith and credit of the dollar is sure to be exposed in terms of gold over the coming years.

You can put your eclipse glasses away, ladies and gentlemen.

You’re going to want to observe this historic event unobstructed.