The Incredulity of the Insufferable Left


The general Leftist theory cannot possibly or consistently account for a variety of ordinary life dynamics and phenomena.

The following list affords a mere snapshot into what would otherwise require an endless anthology to become comprehensive.

As such, this list serves merely as a primer into some of the poetic, oftentimes comical, shortcomings of the Leftist worldview, not as any remotely exhaustive examination thereof.

The general Leftist is one who advocates for the advancement of specified groups or interests by means of social enslavement through the apparatus of institutional force or coercion, a body otherwise known as government.

Through the mind’s promulgation of certain basic axioms and expectations, the specimen attaches to notions which purport to rebalance the scales toward parity or otherwise achieve reparations for past wrongdoings, assigning blame to those who bore positively no responsibility for the events under review, and systematically depriving them of due process along the way.

From more rudimentary errors of judgment within the annals of academic literature through the erroneous echoes across the halls within the ivory towers of academia, the multitudes of fallacies, biases and outright falsehoods can often take the form of abstract formulations which prove either far too exceedingly complex or deliberately incomprehensible for the layman or simply far too esoteric to ever reach the average reader in the first place.

However, one need not journey far into the frontiers of philosophical thought to intimately understand the limits of Leftism. 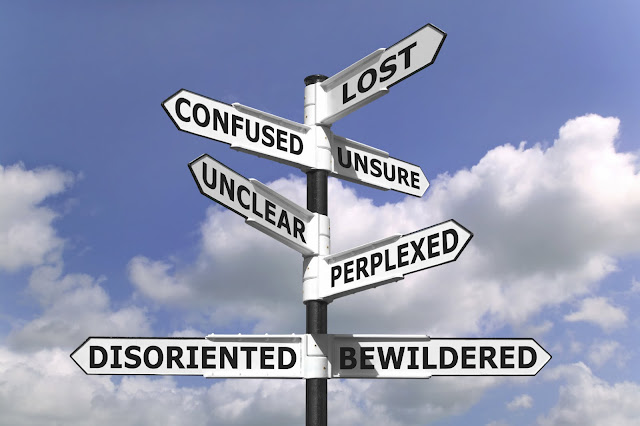 In fact, there are plainly many daily affairs which aptly showcase those limits, and their implications are just about as far-reaching and as profound as the logical and algorithmic failings of their higher-brow counterparts.

With no further adieu, welcome the general Leftist, a human specimen or anatomical factor of society who all too often shouts in protest, “I don’t understand why… how…,” and astonishingly garners loud applause in positing arguments wrapped in the frame of failed understanding.

As an aside, let it be known that this phrase must exist as one of the single most overused and misunderstood phrases within the English lexicon.

Unfortunately, it also serves miraculously as ample justification and emotional provocation to support a still-unsubstantiated position.

Ultimately, this phrase alone captures the sentiment of the general Leftist, one who remains always and everywhere perplexed by the world which he or she (or it) proposes to govern by still other means which present still other problems which will merely confuse the Leftist only further still, which are unmistakably sure to be regarded as wholly unforeseeable as soon as they materialize.

However, understanding need not interfere with the busybody chatterboxes who envision the elusive utopia which rests only upon a marginal increment of tax increases, government authority and personal sacrifice.

The sum total of sacrifice, however, once scored against the sum total of benefit, eventually exposes the con: one which has promised nirvana in short order, only failing each time to deliver, leaving civilization less free and with a burdensome, if not insufferable, uphill battle against the tumultuous tide of social-institutional inertia.

This track record will fail each time to preclude the crusade thereto, as there remains always the inextinguishable fervor for nirvana, and with it the belief that we can perfect it this time, with the latest and greatest technologies and a more refined population to oversee it.

In so doing, however, we chase a specter into a mirage of grave despair and irreparable destruction.

And though this journey follows the paved path of perfect intentions and sincere beliefs in the careful pruning of liberty, all of it yields eventually to the sweeping and unquestioning diminution of freedom for the political beautification campaign known as social justice.

All of this, then, amounts to the gradual evisceration of every ounce of joy, the sandpapering of every corner of intrigue, and the dulling of every vivacious portrait which renders any life uniquely beautiful and worth living.

This continues onward to the very point of social sterilization whereby no advantage is sought or inherited, no eccentricities are communicated, the lexicon of allowable language has been limited to two single-syllable words, and the bulk of humanity has assumed a seated position with its hands in its laps, fearing even to twiddle their own thumbs.

And the general Leftist sits, then, wondering how we ended up here.

From the beginning until the end, the general Leftist stands often in bewilderment, puzzled as to why some people still drive vehicles with manual transmissions; why automakers build multiple designs and trim levels with arrays of available colors across platforms; why most people prefer to avoid incarceration and instead opt to live beyond the weighty walls of prison; why most people don’t have maids; why savings must precede spending and credit; why some forms of employment, and thereby some employees, are seasonal or monetarily worth more than others; how monetary wealth fails to capture the metaphysical value of any person; why people save their money instead of spending it immediately and indiscriminately; how high rates of inflation can possibly coexist with low rates of economic growth and high rates of unemployment; why people would ever engage in risky behavior and jeopardize their statistical life expectancy; how some people finish ahead of others in races and why they would care to do so; why some people continue to participate in athletic events even after failing to win; why the people at Samsonite produce more than one of the same style of suitcase; why some people retire earlier than others; why some people of the same income level live dramatically different lives; why unemployment isn’t categorically bad; how wages can increase without an official promotion or pay raise; why a market rate of interest is important; how the poorest people of a civilization escape poverty, and even ascend to the top 1-percent, over a decade or less; why people ever began to use money, how it ever became valuable in the first place, and what it means to generate profits.

Each of these phenomena and worldly dynamics is bound to stump the Leftist, unless that Leftist is a hypocrite operating beyond the bounds of his or her (or its) defined Leftist parameters.

In the final case, that individual (or factor of society) unwittingly admits truths about the world which are wholly incompatible with the vaunted creed of promised nirvana.

On this occasion of honesty, the robotic factor of society becomes human once again, if only for a moment.