Fake It Till You Make It: The Method of Half-Wits with Likeminded Followers


The information technology era has combined with a generation armed with fancy words and concepts they don’t completely understand to equip a great many with smart-sounding statements, which ultimately fail the more rigorous test of logic, and a wide audience to receive and celebrate their every utterance.

So while increasing numbers enjoy the wide-reaching channels of media once employed exclusively by professionals, they exist no differently than the trick-or-treaters on Halloween who do their best to look the part. 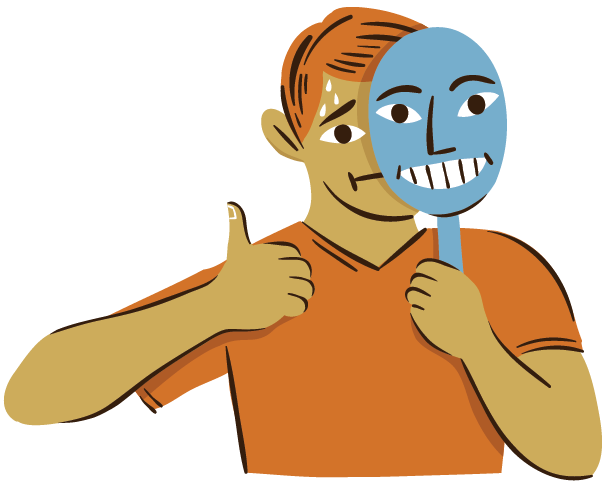 One key distinction here is that the former may make a more compelling case by glossing over complex concepts with smart-sounding words or pseudo-scientific explanation, without anyone in the audience noticing the difference.

And while the trick-or-treaters eventually return to their regular attire and reveal their true colors, the con artist continues his charade until he returns home for the night, where he’s either miraculously convinced himself that he actually knows what he’s talking about or, otherwise, where he humbly yet privately acknowledges that he’s dishonestly represented himself.

Any public announcement of this acknowledgment, however, remains a long shot, as he simply stands to lose too much by that level of honesty — especially as so many have placed such great measures of faith in his pronouncements.

So, instead, he continues the act into perpetuity, until he’s climbed the proverbial ranks to eminent social or professional approval, he’s reached an impasse where he can no longer justify the con, or he’s been too thoroughly exposed as a fraud to carry on.

In the latter two cases, there is surely always another aspiring con artist to fill the void, seamlessly filling in for yesterday’s act as if he hadn’t even existed.

And so without a hitch in the step of socially-fashionable discourse, the inertia beats ceaselessly against the less presentable and more honest outcasts who take sincere interest in seeking the sharpest semblance of the truth, who will not tolerate anything short of cogent and logical explanation, and who will not begin to sell their under-baked goods to the public until they’ve reached completion.

The same certainly cannot be said about their dishonest run-of-the-mill opponents, who merely pray that their customers don’t notice the difference and, half-heartedly, that they don’t get sick in the process.

All too often, as it so often appears, disastrous outcomes are uninterested in intentions, nor are they mitigated by them, and the fact that the so-called experts deem them unforeseen or unforeseeable serves only to certify that they were indeed unqualified to testify on the subject in the first place.

Yet, as is the case with anything measured by bare consensus, this phenomenon will endure so long as unexamined emotional appeals triumph over disciplined discourse and incisive investigation.

And this plainly amounts to far too much work for adults who’ve already grown into their principles, who’ve placed their immovable stamps of approval on them, and who’ve got no interest in looking back.

After all, why would they?

They needn’t do much more than scan their news feeds or tune in to YouTube to find the next viral philosophical dance which is often more than enough to entrance the unwitting observer, which is so often more than adequate to fake it till you make it.