The Uncovered Tragedy of the Welfare State

The welfare state in the United States has accounted for an unfathomable measure of destruction across both the observable map of this country and the psychological profile of its inhabitants.

The intersection between those two phenomena can be most aptly evaluated through an examination of the welfare state's influence in the composition of the household unit, a contemporary relic of a time gone by.

The emergence of this trend is due not to the increased viability of single-parent households by means of self-sufficiency and the development of female independence.

No, the stark reality is a far cry from the scenario dreamed up in the fanciful imaginations of feminist and leftist demagogues.

In reality, this is the manifest consequence of a welfare state desperately addicted to the handouts promised by every election's next champion of the next greatest vision.

Whether it's change or hope or yes we can, the mantra is hardly ever focused on the sobering topics of personal responsibility or self-sufficiency; it's always another get-rich-quick pitch, a powerful sedative or an overnight remedy to a set of problems that are apparently too overwhelmingly daunting for the dispirited complainer to manage.

Instead, the statesman steps to the podium and exercises the bully pulpit to rally support around causes financed through force and coercion, whose certain externalities and moral hazards stand no chance at upending the social inertia which is dead set on its own eventual destruction: in this case, the disintegration of the household unit. 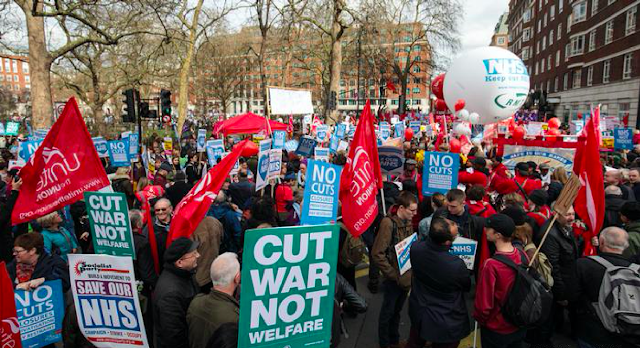 The disintegration of the American household unit can be traced empirically to the demography of beneficiaries of the myriad programs which fall under the umbrella of welfare programs for single mothers: this umbrella comprises TANF, SNAP, WIC, CCAP, Head Start, LIHEAP, Social Security, and Section 8 and its many contemporary offshoots operating under different labels.

Indeed, the sharpest disintegration has transpired in the black and hispanic communities over the past half century, since the very beginnings of the celebrated war on poverty during the Great Society epoch. Before this pivotal moment in history, the very converse rang true for the black community, where two-parent households stood as a near-guarantee.

The economics of this situation also point to government-sponsored subsidies and associated non-profit engagement as enablers in the evolution of this trend, as the households are governed not by increasingly-independent and self-sufficient figureheads, but rather by financially-illiterate or -unstable parents who rely heavily or exclusively on those benefits and other forms of charity.

These practices, then, propagate out into the future by way of psychological damage, deprivation and dependency through the offspring who grow to develop an intimate understanding of the network of the welfare system, instead of developing the skills and acumen to thrive as individuals who are capable of caring for themselves.

This author has witnessed this firsthand in the San Francisco Bay Area, through work with the Department of Housing and Urban Development, where seemingly-endless numbers of immigrant and American adults have abandoned lives of self-sufficiency and independence, or even thoughts of achieving that life, for the ease and comforts of surviving on the wide-ranging benefits which are so easily made available to them. In the San Francisco Bay Area, there are even government and non-profit workers who are paid for "engagement" and "outreach" work to register individuals, couples and families for these benefits, in order to further justify the level of federal, state and local funding which flows into these programs.

In a great many cases, those individuals are encouraged to feign disabilities or homelessness, shelter income, or otherwise decline employment or further work hours in order to remain eligible for benefits.

The United States has, thus, become a nation warped by a cyclone of easy money, not only by the policies of the Federal Reserve, but by the voracious distribution of benefits to individuals and households at the expense of self-sufficiency, independence and ultimately lives of dignity.

In short order, once the real funding diminishes in the face of a sovereign debt crisis, these individuals and families will have been made no better off by the programs which served only to suspend reality and distance them from the motivating currents of the world which would have organically impelled them towards lives they could have otherwise sustained of their own might.

This is perhaps the greatest and most overlooked tragedy of the welfare state.