How the Minimum Wage Harms the Intellectually-Disabled

February 14, 2019
A wide range of research demonstrates a dearth of employment options for individuals operating at an IQ below 87. A great many psychologists have staked the claim that society must work to address this problem.

Given that 15 percent of the population operates below this level, this is a pressing issue meriting serious consideration. Fortunately, we could resolve a great measure of this problem overnight, but unfortunately political considerations will prevent us from doing so.

How could we do it overnight?

Simply, by abolishing the minimum wage. 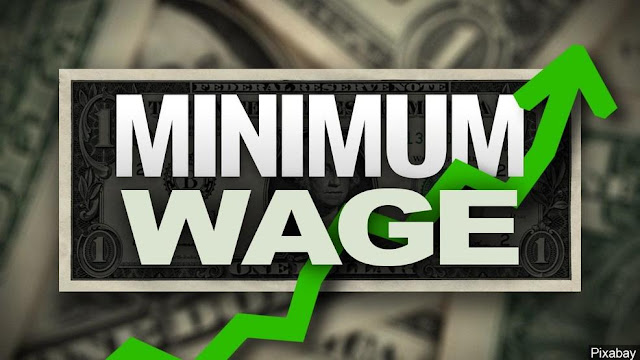 Persons with IQ below 87 would stand a far greater chance of securing employment if the minimum wage were simply eliminated.

While many intellectually-disabled individuals are exempt from the minimum wage, many are not — for a lack of eligibility or for unawareness of their respective disabilities — while those who are exempt are often placed in group employment settings by vocational rehabilitation service providers that furnish their own bespoke minimum wages by anchoring to the local minimum wage.

For example, intellectually-disabled groups are often assembled to offer employers unskilled labor at sub-minimum-wage rates; however, those groups consist of several individuals who are collectively less productive than one intellectually-average individual.

The non-profit or government agent generously assigns productivity quotients to those individual group members, expressed as a percentage of what the charitable and low-IQ staff member classifies as full functionality, which is represented by the productivity of that same staff member in the performance of those same menial tasks.

Her proficiency with those tasks, as measured personally, becomes the benchmark — or the denominator — for those quotients, where her score equals 100 percent.

Given that the average non-profit agent in that space operates from a relatively low IQ herself, and given her lack of incentive to perform at a high level — as her performance is never assessed by any other party — the results are predictable: she will set a low bar for productivity, tilting productivity quotients toward the higher end, which unwittingly diminishes employers' demand by rendering the group's labor unjustifiably expensive; in the long run, the employer eventually discovers that the quoted price is too high for the given level of productivity, or rather for the lack thereof, or the climbing minimum wage eventually makes it so.

As the minimum wage rises, those productivity quotients render the employees increasingly expensive, whereupon they become too expensive to retain, given the higher-IQ alternatives available at the equivalent price level.

The agent's poor assessment, then, yields irrevocable incongruence between intellectually-disabled persons who were all the while happy to work for the lower wage and employers who were willing to employ them at that rate, which regrettably works to effectively price them out of the market.

Individuals struggling with only moderate intellectual disabilities, on the other hand, are ineligible for the minimum-wage exemption, qualifying only for the Work Opportunity Tax Credit (WOTC).

However, this credit effectively saves the employer only a trivial amount, roughly 2 percent of wages, which equates to pennies per hour per hire.

This discount is especially trivial when considering the inferior level of productivity and the elevated risks of violent, unpredictable or otherwise unprofessional conduct inherent in the behavior of low-IQ, intellectually-disabled individuals.

Ultimately, society is not independently responsible for the well-being of any individual, and the same is true for those of low intellectual capacity. Indeed, society is nothing more than the sum manifestation of individuals who are responsible only for themselves, insofar as they are not encroaching upon the freedom of others to do the same.

Unfortunately, policymakers and their disciples have ignored this precept in favor of populism and the well-intentioned social policies it has engendered.

However, social policies that intend to improve the lot of those individuals appear to have secured the reverse effect.

While the free market may not assign a monetary value to the observer's liking, the market for intellectually-disabled employment serves a wholly different end from that served by the higher-skilled counterpart.

For the intellectually-disabled community, which is largely unproductive in the strictly economic sense, the vast majority are interested in the non-economic values of pride and dignity that accompany rewarding work; they are scarcely interested in the numbers on their paychecks.

Those numbers are relevant only to bureaucrats and diplomats who are selling something else.

And those bureaucrats are plainly willing to sacrifice anything for the benefit of their own personal dreams and aspirations, which purely benefit none of the people they claim to help.

Just don't expect them to be so honest about those sacrifices or aspirations.

April 28, 2019
Virtually the entirety of South and Central America, as well as European powers Britain, Spain and France, peacefully abolished slavery — without war — in the first sixty years of the nineteenth century.

Why, then, did the United States enter into a bloody war that cost over half of the nation’s wealth, at least 800,000 lives and many hundreds of thousands more in casualties?

The answer: the War Between the States was not about slavery.

It was a war of invasion to further empower the central government and to reject state sovereignty, nullification of unconstitutional laws, and the states’ rights to secession.

It was a war that would cripple the South and witness the federal debt skyrocket from $65 million in 1860 to $2.7 billion in 1865, whose annual interest alone would prove twice as expensive as the entire federal budget from 1860.

It was a war that would blur the lines and jurisdictions between sovereign states, that would indiscriminately sacrifice the founding principles etched …
Post a Comment
Read more

February 18, 2018
Facebook is one of the greatest frauds whereby thoughtless friends share or tacitly embrace ideas which, in doing so, adds personal, relatable flair to messages being distributed from largely unknown reporters.

In effect, these friends then subject a wider community to the thought that since their friends are supportive of such ideas, then they ought to carry some merit or authenticity.

Facebook commits a great disservice to communication, serving primarily to subject meaningful dialogue to inherently-binary measures of laudability or contemptibility.

Whereas scientific evaluation serves to extract emotion, Facebook serves to embolden the fallacy-ridden supposition that fact follows fanfare, that truth trails trendiness, and that democratic participation (by way of “likes” or “shares”) can reliably support truth or sustainably produce virtue.

August 19, 2014
Earlier today, the Wall Street Journal posted an article on the growing epidemic of criminal records. The article reports that nearly one out of every three American adults has a criminal record — a statistic corroborated by the Federal Bureau of Investigation, whose records show 77.7 million individuals on file in the organization's master criminal database. Is this an indication of a society which is becoming more violent and criminal, or of one which is becoming ever-populated with needless and overreaching laws, ordinances, and regulations? In a country whose growing majority depends upon government for salary or entitlements, this is indeed the mechanism through which the dependency is enabled. Some are apparently more than willing to surrender increments of freedom for the promise of free stuff.

Along with the extensive and pervasive development of laws in the United States, their execution has become more vile and horrid; and the experience of police brutality, along wit…
Post a Comment
Read more