Michael Richards' Downfall and the Sterilization of Society

February 02, 2019
The fallout after Michael Richards' on-stage breakdown ironically showcases a kind of intolerance that stands beyond reproach: intolerance for honesty and expressed emotion in a solitary moment of vulnerability.

Despite a decades-long career devoid of any gaffes or blemishes, one isolated moment would ultimately define Richards' career and his legacy in the minds of many: that moment on stage when he shouted pejoratives at hecklers during his performance at Hollywood's Laugh Factory in 2006.

Of course, those of the school of reason see it very differently. 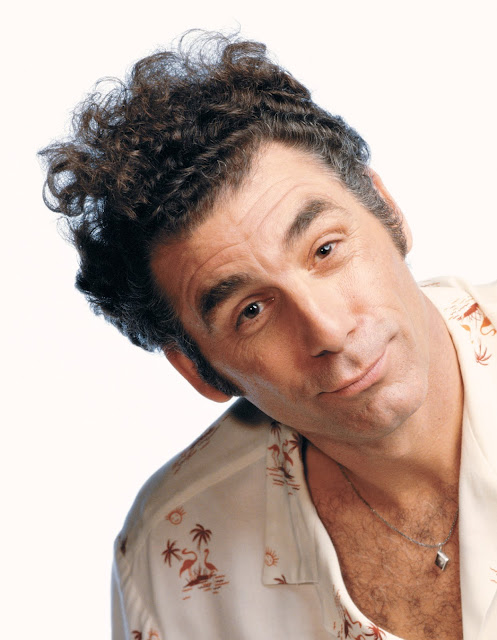 Every person is uniquely imperfect, and those imperfections are merely accentuated by one's placement under the spotlight.

The average person lives out his entire existence outside the limelight, in the sanctuary of his home, the comforts of his selected social group, and the confines of his preferred echo-chamber.

The average person, therefore, avoids the sharp scrutiny of being nakedly human under the public eye, which is eager to exploit any misstep.

It is easy for the layman to cast judgment on another fellow's outburst, especially when that layman's personal flaws conveniently evade exposure.

All of this simply keeps us from being honest about the subject, from operating in the reality of an imperfect world where misguided aspirers ambitiously seek to emulate untenable archetypes that exist only as caricatures for manuscripts, magazines or dramatic effect.

Placed under enough adversity or discomfort, the average person will invariably succumb to temptations that he might otherwise capably overcome.

The average person occasionally employs words that he later or even instantly regrets, and that is nothing short of being human.

When faced with insufferable pressure or frustration, the average person tends to seek out words to convey his intense emotions.

Again, this is only human.

The popular denunciation of this strictly human phenomenon amounts to sheer naiveté around the nature of the human mind and social interaction; it amounts to a rejection of the human being in his most honest and vulnerable state.

The disappointment stemming from Richards' on-stage breakdown is attributable to one's imaginative interpretation of his character, one's fantastical idolization of a fellow human being, and the unrealistic assumption that he is something more than human.
It's simply fascinating that so many people talk about "sensitivity" and "tolerance", and yet there has been precious little of either toward Michael Richards. Every human being has reached his or her boiling point; the only difference is that Michael Richards reached his in front of a camera and a crowd of people.
No one remembers the guys who heckled him, but everyone remembers how Michael Richards reacted. That's because, whether they are prepared to admit it, people actually admire Michael Richards; and so they will always remember the moment that he acted out of character and behaved as a mortal human being.
I have nothing but respect for Michael Richards. He's made more positive contributions to this world in one lifetime than most people would make in a dozen.

Yet, despite all of his admirable qualities and contributions, people responded as they always have: like crabs, they pulled him down and smeared his character.
Instead of appreciating the fact that vulnerable moments often have this effect on people, the media and their audience leapt at the opportunity to make an example out of him. In the process, they latched on to his every word; and with an unwavering focus on those words and their assumed meanings, they claimed that they represented Richards' character. Regrettably, they also furthered the notion that no mistake ought to go unpunished, insofar as a specific kind of "racism" is concerned; and, of course, all of this comes from the collective self-righteousness of critics who fancy themselves impervious to uncontrollable emotional behavior.

Ultimately, all of the fanfare projects a radically dishonest picture of life, the human being, and the meaning of tolerance.

Whereas certain stand-up comedians garner praise for premeditatedly leveraging racial commentary to their benefit, oftentimes at the critical expense of a particular race or demographic, the current status quo — insofar as it is projected, at least — robotically rejects unpremeditated expressions of emotion that reference race.

In this sense, that status quo continues to prioritize words over actions, and even certain people — those of the so-called protected class — over others who are reportedly privileged.

It appears to also prioritize fantasy over reality, setting expectations that are wholly untenable, while signaling an unwavering intolerance for all things offensive.

Ironically, this entire movement prides itself as the paragon of tolerance, which appears to stretch only as far as their agreement.

Beyond the limit of this agreement, this movement will not cease until every opponent is completely ruined; until every opponent isolates himself from the public as to avoid offending the status quo; and thence until every aspect of the human experience has been so thoroughly sterilized that people avoid offending anyone by their thoughtless acquiescence or by avoiding human contact altogether. In accomplishing this end, we shy away not just from truth and honesty, but from anything remotely human.

Of course, that is not tolerance at all; it is fashion-wear for an agenda pushing contempt for humanity.