Money Matters, But So Does Faith

People often mischaracterize money as the root of all evil, whereas the old adage rightly states, per 1 Timothy 6:10, that it is “the love of money” that is the root of all evil. Nevertheless, we live in a money-driven world due not only to the inescapable need for resources, but for the progressive specialization of labor and the endless pursuit of instant and material gratification. In this way money, formerly conceived as an expedient for the mutual satisfaction of wants, has eventually come to consume the lives of people who've decided for themselves, or who've had others decide for them, that little to nothing else than material or monetary gain should ever come to define their lives. 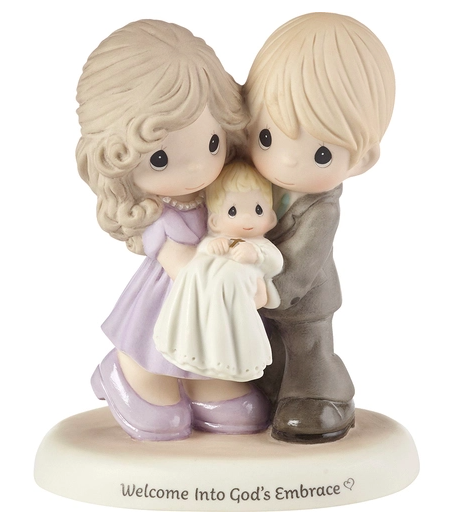 While I’d contend that the worthwhile life consists of some combination thereof, one necessarily paying for the other, some people are just as strong in their own convictions; still others have little conviction, even none at all, and they've paid little mind to the subject altogether.
While money has come to dictate a great measure of our daily toil, for better or for worse, we mustn’t forget that it has its limits. While expedient in the course of mutually meeting our wants and needs, it cannot come to define our entire existence; it cannot come to define our faith and supplant the spiritual and philosophical aspects of life. Insofar as these aspects are concerned, money can only aid in facilitating or supplementing them; it cannot, in and of itself, substitute for, or determine the value of, those aspects.

Ironically, when the Scottish economist Adam Smith wrote that "All money is a matter of belief," he meant that its use in exchange depends squarely on the faith of buyers and sellers: those who comprise the market. Smith was not suggesting that money should come to characterize our faith as a whole, nor that we ought to revere it as an idol or deity in and of itself. Nevertheless, it has evolved in just this manner, leaving people everywhere scrambling to find money instead of meaning and purpose.

While these certainly aren't mutually exclusive, the desire for the former has proven to significantly distract from the pursuit of the latter; from this we've concocted a world of people overindulged yet depressed, unsatisfied and virtually purposeless in their existence, who, without second thought, have come to instinctually assess their value and personal self-worth on the basis of money instead of personal rectitude. In the course of enjoying the fruits of money, which are plenty in the absence of government intervention, we have as a people lost sight of what it means to be uniquely human. While money has certainly played a vital role in the history of our species, it cannot come to completely define its existence.

Whereas money and resources come to sustain life, it is up to people to define or seek the meaning thereof. In the absence of this endeavor, we have a species merely in survival, or merely multiplying in greater numbers, without any sense of purpose or direction. In this way, the species survives only because it can, even though it is capable of so much more. In growing its numbers in the pursuit of monetary riches, the species implies that its singular purpose is just that: to indulge and to procreate. No doubt the human species is on this planet to procreate, but is it not also endowed with purpose?

Of course, the mental acuity of the species lends well to this fantastic notion, which possibly serves in futility to distinguish our species from every other; indeed, that mental acuity has bolstered our ego, but it is also what has uniquely enabled us to negotiate and innovate; to solve problems and understand complex systems; to enjoy the advantages of civilization; to maintain principles, traditions and standards; and to contemplate our very existence, our purpose, and what it means to be human, what it means to be family, and what it means to be a friend. These aren’t just poetic-sounding words, but guiding principles to consider whenever we’re free of our daily needs and toils.

Should we allow the latter to come to define our existence, to more than facilitate our mutual wants and needs, I fear we won’t have much left as a species to warrant our efforts. Indeed, as it is written, “[those who] have erred from the faith [have] pierced themselves through with many sorrows.” In this way, it is the defiance of faith in family, culture and purpose, as well as the defiance of faith in goodness and our Creator, which disembowels a people, and in our case a species.

Our ability to think critically has enabled our species to empower and enrich the lives of our heirs, and in the absence of this guidance, we surely aren’t human at all. In this condition, we are returned to our most primitive state, more animal and less human. As it is written in Proverbs 16:27-29, "Idle hands are the devil's workshop; idle lips are his mouthpiece." It is our purpose which keeps us from being idle, in our word as in our work: May both be founded on purpose.

It ought rightly to be our objective, as people, as communities, as families and as individuals, to aspire for more of the latter and less of the former: to be more human and less animal. After all, we are no better off as a species if our ranks should swell as our purpose shrinks. In this condition, our progeny will be condemned to aimlessness, or worse their primitive desire to conquer each other instead of the important questions which all to often escape us.

In the hands of government, which maintains a monopoly over the common currency, this is all but inevitable without our faith and our convictions, which stand alone in our defense. In their absence, we stand to reduce our lives and our efforts to their whims, their judgment and approbation. We stand to be less free, and we stand to condemn our heirs to our misjudgment in purging their world of purpose while binding them to a form of slavery that they'll be all but ill-equipped to recognize, let alone resist. In purging them of purpose and clarity, we stand ultimately to welcome the erosion of faith and family for the benefit of government, which stakes a claim on the money as well as the people.

It is in this way that people, in their betrayal of faith, have been blinded to the master they serve. Indeed, their new master was all too happy to encourage them along the way, as they disavowed their history, their heritage and their faith for the new institutions erected in their place.

January 21, 2016
There is a great deal of substance behind the Keynesian motif, “In the long run, we’re all dead.” If this is your prerogative, your axiom, we are destined to differ on matters of principle and timeline. Surely, any quantity or decided cash figure is relevant exclusively to the available produce yielded by its trade. The current valuation thereof, whilst unadulterated, corroborates a rather stable, predictable trend of expectations, whereas its significance wanes once reconfigured by a process of economic, fiscal or monetary manipulation.  Individuals, vast in their interests and their time preferences and overall appetites, are to be made homogeneous by an overarching system which predetermines the price floors, ceilings and general priorities of life. Of course, all of this exists merely in abstract form. However, the supposition proposed by those who champion the agenda of “basic needs” fails to complement the progress achieved by the abolition of presumed guilt by the sole mis
20 comments
Read more

July 31, 2021
Let us all remember that, at the very outset of the reported COVID-19 outbreak, we purportedly had precious little to sacrifice for the “common good.” To be precise, “two weeks to flatten the curve.”  At this point, a year and a half later, we must confess that this projection was either a blatant lie or premised on the farfetched expectation of total participation. At this juncture, it’s self-evident that, while we responded with something approximating total participation, we were destined to never achieve absolute, 100-percent participation in mask-wearing.  Even if we had perfect participation in strict compliance with the ever-changing and uncertain guidance from the so-called experts and approved channels, there would have been no way of proving the public's innocence. What's more, there would have invariably been something imperfect about its execution: whether improper use, inadequate materials, or something else entirely.  Bearing this in mind, those seeking to encoura
Post a Comment
Read more