The Social Ramifications of Abstract Monies

July 06, 2017
The universal acceptance of money as either a need or an entitlement has wholly mutated the very foundation of survival, whereby inhabitants of this world consistently arrive at the radical conclusion that they may sustain their lives through the abstract reworking or refinement of the mechanisms which assess, tax and extort the enjoyed benefits of others. 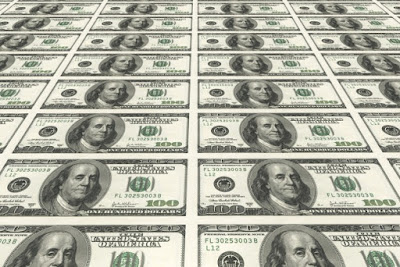 This transformation of the general inhabitant’s psychology has ubiquitously erased the organic obligations for survival which are commensurate with the innate state of being on this planet and its minimum requirement for survival.

Instead of laboring for its attainment, the centralized and highly-manipulable world of fiat currency has completely and systematically minimized or outright eliminated exposure to that level of existential obligation, that exposure to the inherently risky and uncertain circumstances of fighting each day for survival, harvesting and hunting for one's food, building one's shelter and seeking forms of entertainment or inspiration through one's own creativity.

The concoction of the civilized order has diminished or dismissed the value of the individual, and the grim realities attending his inadequacies, in the promotion of some grandiose assumption that all human life forms, regardless of their demonstrated desire for less, are worth of saving, that despite their carefree dispositions on the world, their benefactors or their next breath, the social collective must remain responsible for their sustenance.

This goes even further to then subsidize this style of living, signaling to the rest of the world its viability, while eroding the fabric of the ethos which originally developed the riches that have been carelessly enjoyed by the many who take little or no interest in contributing to the economic pie of production.

What's worse is that this abstraction of money and the subsidies which have spawned from it have both disintegrated the household unit and eroded the mental faculties of self-sufficiency and independence, thereby leaving those beneficiaries far less sustainably healthy than they may have otherwise been, even despite the hardships they would have surely endured in the meantime.

In summary, money and its many substitutes and derivatives have served the purpose of convenience. Despite its omnipresence in the marketplace, no one is born into an entitlement to it. Every person's survival is wholly dependent upon his own appetite and desire to pursue it, and no one is anywhere guaranteed to be successful. Indeed, the only absolute certainty here is that we will all fail in the end to secure that final marginal breath. All that we can do is to aspire beyond that level of survival, of our own volition and our own labor.

That level is the minimum requirement for survival or sustenance. No individual on this planet can be entitled to this standard, as life does not come with even a single guarantee, except perhaps that of taxes and death.

This has widely caused a gross misinterpretation of the world and the perceived responsibilities of those who comprise it. Every person born into this world is responsible for no one else. That person may or may not even take responsibility for oneself.

That is always to be determined by the individual, whether he or she is determined to pursue that end. The manipulated supply of fiat currency has indiscriminately collectivized the risk of life by legislating social responsibility through the expansive and developing welfare state.

This has effectively desensitized individuals to the basic toils and skills underlying a life of independent and self-sufficient living. Instead, the individual claims that he or she is the victim of a lagging labor market or greedy capitalists who simply refuse to hire. Of course, none of this is true. The individual is responsible for or to no one. And this standard applies in all directions.