March 29, 2018
I met a woman today, and it took her less than five minutes to point out that she is black and that people of color have different needs.

She said she studied this subject in college in California, that her courses enlightened her of the various needs which uniquely face the black community and require commensurate community organization to satisfy those ends.

This woman casually charged the entire community, independent of needs, wants and racial composition, with the assumed responsibility of catering to the needs of others whom they don’t even know, and she completed this statement as if the unmentioned history of slavery had miraculously or conveniently escaped her recollection to fail to caution her against such systems rooted inextricably in force and coercion.

First, there are no pure needs in this world, only axiomatic or conditional wants.

In the most fundamental of senses, even those most basic needs are plainly wants demanded for survival.

Indeed, no one truly needs to survive; this is merely an uncompromising instinct which reliably serves us in avoidance of the frightening and unknown prospects of death, yet this unbending preference for life indisputably prefaces that demand, even as the common occasion seldom merits consideration of this clause.

Next, should we truly intend to eradicate racism in this world, an audacious object pursued by a great many political zealots, this mission begins by eliminating such race-based generalizations from our worldly perspectives.

In the case of this specific conversation, the subject of race hadn't even surfaced until this woman took it upon herself to present it, almost as if it were the consequence of an involuntary, conditioned or pre-programmed response.

Remember, we are individuals first and foremost, and we are rendered demographic samples because of tyrants who prefer the segregation and discord, the simplicity and palpability of which enable them to acquire sweeping publicity, unthinking support and vacuous votes.

And while the compelling messages can captivate your mind through their neat and empowering designs, it is imperative to buck the trend and focus on who you are as an individual, as you cannot possibly represent anybody else, nor can any shape, size or color aptly represent you.

Of course, it sounds naive to suggest that all persons are treated identically; they are not.

However, individuals of all complexions face distinctly different treatments, and the cause for that treatment is not limited to color, as it extends to nearly any identifiable characteristic of the human being.

Again, the point is not to suggest that racism fails to exist, but rather that it remains immutably true between all persons as individuals, that the sum total of all human interpretations is predicated upon some measure of fallible assumption and concomitantly some complement of tested knowledge.

Due to the inherent incompletion or asymmetry of knowledge, one remains always prone to mistakes, and any strict or inflexible condemnation of this behavior becomes equivalent to the systematic sterilization of opinion, idiosyncrasy and preference.

Thus, my principal point is to demonstrate the tactical irony of the aggressive movement against racism, as those who purport to most abhor it tend to be the ones who are most likely to engage in and perpetuate it.

What's more, those individuals tend to engage in this behavior more frequently and, on the other hand, tend to embrace and even protest on behalf of the eccentricities which underly the diverse differences between all of us.

Beyond this form of hypocrisy or largely-unnoticed contradiction, many political pundits have supported their claims with statistics.

As it turns out, however, measured outcomes have far less to do with race or so-called institutional racism than with cultural, familial and individual factors.

Indeed, should we wish to commit the same error of reducing the individual to the abstract of a demographic discovery, a multitude of studies conducted over the past six decades illustrate a colossal transformation of the black household, where incidence of single-parent families has surged so dramatically that it has roughly reached equivalency with that which once stood as the demographic's incidence of two-parent households.

Oddly, this development has ensued only over the past 58 years, a phenomenon clearly separate from the ramifications of slavery.

Additionally, the economic status of the black population had already progressed considerably between 1940 and 1960, posting a full 87-percent decline in the group's poverty rate, a development which had preceded the ennobled civil rights movement, a landmark event in American history which emphasized victimhood and evincibly served only to implement destructive moral hazards and to dampen the progress that had already been underway.

In total, leveraging race as a primary explanation for disparate outcomes appears to only cloak the underlying and more profound changes in attitudes and households which have yielded these decidedly contemporary results: an era which just so happens to coincide with the budding industries and cultural phenomena of drugs, gangster rap and hip hop, subsidized housing and supplemental security income, and the most considerable surge in the minimum wage, the latter of which was indelibly characterized by Nobel laureate Milton Friedman as a “monument to the power of superficial thinking” and the most “anti-black law in the land.”

Consider the case of Uber.

During the stretches of time when taxicab drivers in New York City possessed a virtual (government-imposed) monopoly over the industry, those cab drivers were widely noted for declining to pick up black passengers.

In fact, Denzel Washington portrays such a character in the 1993 film "The Pelican Brief."

Reports on this subject reveal that cab drivers of all races rejected black passengers and lower-class neighborhoods on the basis of their disproportionate statistical probability of crime and misconduct.

Expressed differently, cab drivers of all colors exercised their discretion on the basis of depersonalized aggregations of data.

Essentially, a great many of these drivers operated from a knowledge gap in exercising their best judgment, using the available information at hand to defend themselves against the prospects of risk and endangerment. 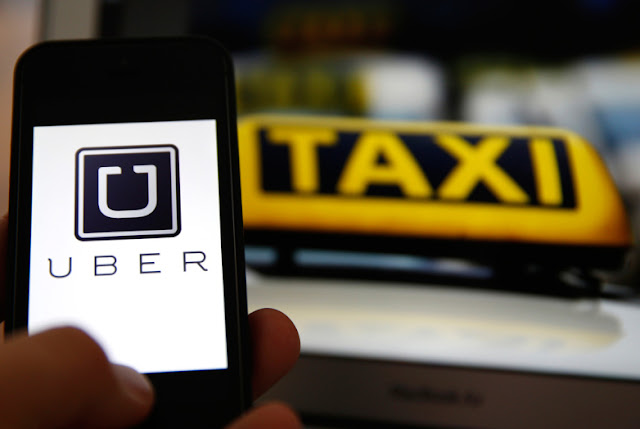 When Uber finally introduced its service nine years ago, the enterprise cut through the statistical averages and stereotypes by enabling drivers and passengers to evaluate each other individually through their ratings system.

In this case, the market response to the problem of unwarranted, or rather unsophisticated, discrimination was to construct a more sophisticated and individualized approach to enable persons to interact on a more individualized and peer-to-peer basis.

Therefore, we can indeed resolve a great measure of this enduring problem, in addition to the many others which beget and surround it, by assessing and treating people as individuals, by assuming responsibility for ourselves and our respective families, and by resisting the tempting inclination to paint people with broad brushes or to assume our positions within the given classifications. This includes the ways in which we allow experiences, opinions and other people to influence our lives.

The independent thinker remains always on the lookout for the contagion which intends to lure him back to consensus.