How History is Written by the Victors

May 17, 2020
People seldom win wars; that is the privilege of government. For if the the people are victorious, they've had a revolution, and where they suffer defeat, they've had a rebellion; in most cases, the people relent, and thus they have an enduring despotism.

Where any rebellion by the people is defeated, the chance at a people's revolution becomes a brutal and costly civil war. Ironically, no such conflict has ever truly existed; where any war is classified as civil, you can rest assured that it was civil only insofar as the despots prevailed and they were desperate to convince their future subjects that the annihilation of their ancestors was more civilized than brutal, that their lives were sacrificed for the betterment of civilization, and that they had rebelled against a most righteous and benevolent authority, which conveniently happens to be the one still in charge today.

Where some people celebrate the success of some war, they are but the pawns of an administration that has truly been victorious, and it is the administration that ultimately takes to writing that story. It is the administration that determines for posterity the heroes and villains, the causes and effects, and the prevailing narratives that future generations will have little recourse to contest; and where any brave soul journeys to contest it, he will require a most resilient form of armor to withstand the constant assault waged upon him by his comrades and their conventions, spread far and wide and numbering in the multitudes.

The battle for truth is eternal, facing an endless siege of sophistry by those with political motives and still others desperate for company in their more conventional lies. The truth is often much harder to swallow than the palatable fiction, which boasts far better sales and a much wider fanbase ready to defend it. In the face of so many costs, ranging from resources and resentment to anxiety and alienation, the burden of truth is often too much to bear, and so it tends to yield to the favored fiction. After all, if you can't beat 'em, join 'em; they tend to have more fun anyway. 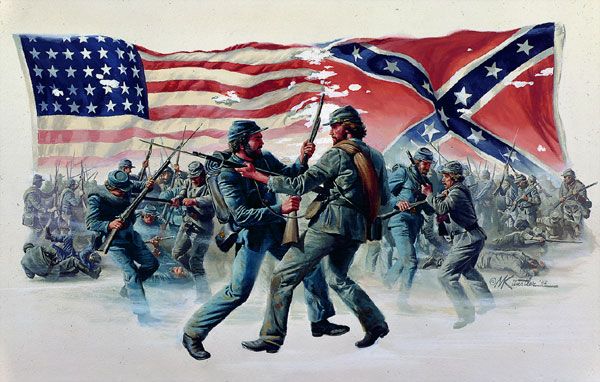 It is often alleged that history is written by the victors, but little attention is apparently paid to the process by which this becomes the case. Whether because of popular movies, mainstream media, public education or whatever, the truths of history are always difficult to uncover.

Even despite the advents of technology, the historian is always thrust into an uphill battle in seeking the evidence he craves to unearth the mysteries of the past. On the contrary, the development of such technology appears only to make things more challenging, especially socially, as more misinformation and even animosity mounts against his search.

Whether out of a conflict between warring states or a heated philosophical debate between schools of thought, the victors will invariably shroud the conflict with as much majesty as mystery, leaving the victors and their brethren to favor the former as the fringe skeptics, unpopular as they are, are left to solve the latter.

When investigating these mysteries, the historian routinely gravitates to the single greatest pivot point in any historical narrative: war. This is where warring ideas backed by men and munitions seek to reconcile through coercion the differences which divide them, oftentimes in the aftermath of failed deliberations and peripheral skirmishes.

In the course of war, multitudes of men with their own personal stories and purposes coalesce to form each side of a conflict; and while they may share in their uniforms, they are surely diverse in their dispositions and their perspectives on the war.

As is ordinarily the case, these stories are lost, never recorded for posterity, or simply reduced to their most familiar forms; thus, in any reading of such affairs buried in history, it appears merely in its condensed state as a conflict between two parties, often good against evil. While it may prove more digestible this way, the truth is always far more nourishing, albeit oftentimes just as nauseating.

So many myths and romances develop out of wars because the victors write their stories; indeed, their stories too often fall on willing ears eager to believe their loved ones sacrificed for a worthy cause.

The romances and the myths circulate without much resistance in the form of any enemy, as they were conveniently silenced in the course of the war; and wherever resistance manifests, it is easily dismissed as enemy propaganda from a traitor still loyal to his fruitless cause.

Subjected to the relentless condemnation of popular opinion, the vestiges of truth, carried forth by mortal beings, survive just long enough to witness the gradual disappearance of their cause, the silencing of their unpopular opinions, and the suppression of their inconvenient memories where they still exist.

In short order, under the auspices of new generations increasingly unenlightened yet emboldened by their numbers and the rhetoric echoing through the majestic halls of their impressive academies, they swiftly replace the preceding generation to champion the notions of their exclusive preference, where they then begin to bury the truth under pages of fiction and years, decades and centuries of convention.

After a sufficient period of time, and after all such matters have already been settled, this leaves only the eccentric or the deviant to later uncover and represent the truth. For this, in the aftermath of any war, the truth is predictably buried along with the dead, where their legacies will either perish or survive long enough to outgrow the very men who formed them.

They will take on their own lives to inspire future generations to die for still greater causes based on the sacrifice of the many great men before them. And where war is not waged, you can bet that the sacrifice of those men will be exploited in the reinvention of their cause to render that sacrifice noble and inspiring for still other men to continue to pay homage to their newfound glory.

August 19, 2014
Earlier today, the Wall Street Journal posted an article on the growing epidemic of criminal records. The article reports that nearly one out of every three American adults has a criminal record  —  a statistic corroborated by the Federal Bureau of Investigation, whose records show 77.7 million individuals on file in the organization's master criminal database. Is this an indication of a society which is becoming more violent and criminal, or of one which is becoming ever-populated with needless and overreaching laws, ordinances, and regulations? In a country whose growing majority depends upon government for salary or entitlements , this is indeed the mechanism through which the dependency is enabled. Some are apparently more than willing to surrender increments of freedom for the promise of free stuff.     Along with the extensive and pervasive development of laws in the United States, their execution has become more vile and horrid; and the experience of police brutality, alo
Post a Comment
Read more