July 14, 2020
There are still places in the world today where men and women are forced to work for months each year to pay their lords for the privilege of living on their own property.

Some of these places even forcibly suppress the supply of housing in order to run up their prices so the lords can charge their serfs even more while boasting relatively agreeable demands on a wholly-irrelevant percentage basis. Oddly enough, this practice is ubiquitous in the United States, in the form of property taxes, whereby each man is liable for some quantity of loot — in the form of dollars — to keep the administration from harassing him, seizing his land and putting him in a cage.

What’s more, wherever that man intends to raise those funds to satisfy that liability, he is sure to face penalty there as well in the form of income and sales taxes, both of which erode his bottom line. So, wherever that man even seeks to comply with the dictates of the administration, he is only further burdened by still further liabilities of being a slave. 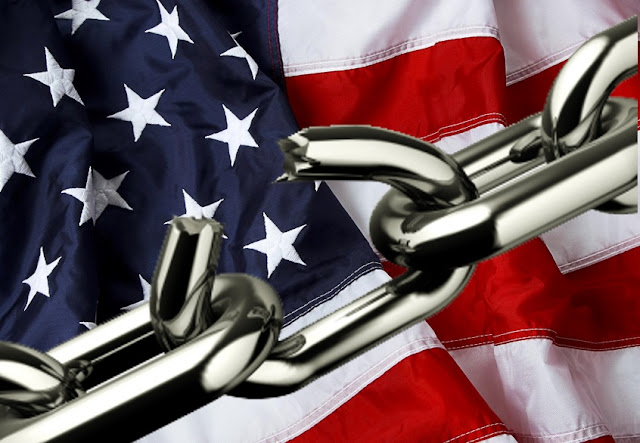 In effect, the modern man is deliberately kept busy in his daily drudgery and distracted by the modern conventions of systematic withholdings and abstract forms of wealth which prevent him from ever realizing just how much the administration steals from him each year; indeed, his unending preoccupation reliably keeps him from ever acknowledging the indignity of his involuntary servitude.

While today’s form of slavery may not appear as physically brutal as some forms of the past, it is far more discreet and ubiquitous today, and, whereas men and women could reasonably flee undesirable circumstances in the past, there is virtually no way to escape today; so modern man is left to freely roam while he remains a financial slave to his master, whom he reveres as government in a land he fancies free, all while living an agreeable life of slavery to not just one master, but a whole administration of them who have sold their slaves on their visions of welfare and the common good, initiatives purportedly all too important to sacrifice for freedom.

Ultimately, despite the endless rhetoric and justifications for its enduring institution, where man is no longer free to own his property after meeting his contractual obligation to the seller, and where no man stands any chance of ever truly owning that property, he can never truly own himself: he is nothing more than a slave to some master or administration.
Ironically, whereas the slaves of the past generally kept more than three-fourths of their productivity, the average American is left with less than two-thirds of his annual income, after income taxes, FICA taxes, property taxes, sales taxes, and any number of state and local taxes not limited to income and consumer goods.

Where such a punishing liability is coercively thrust upon any man who intends to own and live on his own property, we have only a modernized form of involuntary servitude.

As promulgated by the Thirteenth Amendment to the United States Constitution, "Neither slavery nor involuntary servitude, except as a punishment for crime whereof the party shall have been duly convicted, shall exist within the United States, or any place subject to their jurisdiction."