Victimhood: Lifestyle of the Left

Part of the problem in modern America is the stubborn refusal to entertain honest dialogue. Here’s a testimony from a Paradocracy reader:

“A relative of mine visited me recently. As she sat on my front porch, she commented on the deterioration of our neighborhood: the shattered glass by the curb, the number of unkempt houses, and the prostitutes, graffiti and loud music down the street. I told her that it’s sad what has happened to the neighborhood, as it used to be such a quiet and peaceful place. She asked me what had changed, so I explained as delicately as possible that prior generations have sold or otherwise rented out their homes to people who simply don’t care about the neighborhood. In terms of demographics, I explained that I’ve noticed that most of the renters are blacks (or African-Americans) who, according to my friend at the Housing Authority, occupy the properties through Section 8. As if on cue, she immediately called me a racist.” 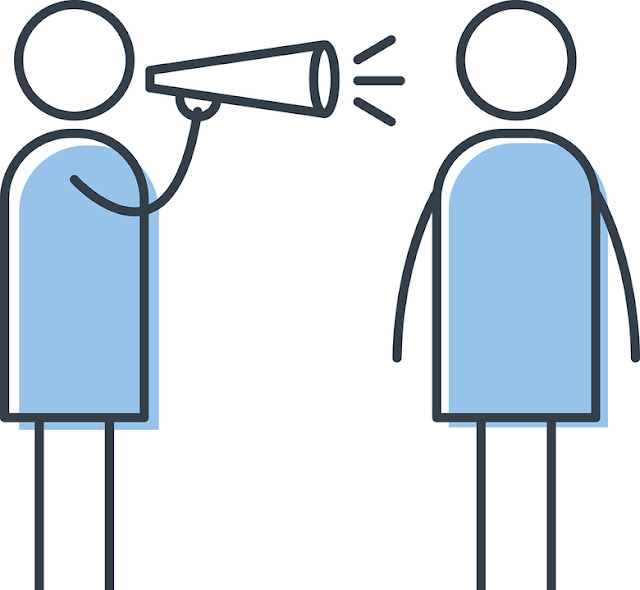 Where factual findings lead to racial implications, we don’t have “racism”; on the contrary, we have cause for inquiry and further investigation into the differences between peoples and cultures. It is widely accepted that different peoples and cultures practice and embrace uniquely different customs. In fact, many (if not most) of those differences are celebrated. However, it is not “racist” to contextualize phenomena on the basis of demographics. On the contrary, it is an auspicious starting point for any cogent social study. It is only “racist” when one readily draws his conclusions exclusively on that basis, without any further context to explain why or how a given demographic has caused or contributed to the given outcome. Those who silence this kind of dialogue are not only naïve and incapable of reason, but they make reasoned dialogue impossible for fear of potentially offending someone.

As we’ll find, being offended doesn't make you right. In fact, free speech can often be offensive; indeed, its best forms are often found in this character, as brutal as the most honest life on this earth. Beyond the bounds of potentially-offensive speech, we have mostly trifling trivialities that are inconsequential, entertaining at best, or misleading at worst.

Unfortunately, whereas patience and disciplined understanding once stood as virtues, they have now been swiftly supplanted by the rush to be offended. We have now ushered in a way of thinking which prioritizes feelings over facts, and thus encourages people to think less critically and to capitulate to anyone who takes offense. As we will find, this modus operandi, otherwise known as victimhood, is merely the lifestyle of losers and Leftists dead set on canceling everything, blaming everyone, and silencing reason for the sake of sparing their fellow losers the grief of reconciling with reality. Being offended doesn’t make you right, yet it is today the mark of being “progressive” or “woke” or “victimized” if you find something offensive.

On the contrary, a truly enlightened human being discovers the beauty and positivity in his world, finds causes for gratitude and reasons to uplift himself and others, defies the natural course of extinction, and refuses to see himself as a victim. Instead, the truly enlightened human being seeks to understand, to sympathize and to improve. It is the weak of mind, on the other hand, who elect to see themselves as victims, who consistently seek out negativity, vengeance, and reasons to complain and feel offended, who refuse to improve themselves and take responsibility for themselves and their future. Of course, it is far easier to complain and see oneself as a victim. After all, the natural course on earth is toward extinction; it is only by exception that our species even survives. Therefore, there’s ample opportunity to complain, and for this reason it hardly takes a hero to find one of those reasons. On the contrary, it takes tremendous courage to be grateful, understanding and sympathetic, and to refuse failure and reject the notion that one is destined for victimhood, even the greatest and most inevitable of its forms: death.

The human species has survived precisely because of that refusal to accept its extinction; it has learned, adapted and persevered. Ironically, the species succeeded in this endeavor to such an extent that it has even sustained those who would have otherwise failed on their own. Ironically, the successful and persevering survivalists, creators and visionaries are largely responsible for the survival of our contemporaries today who take all of this for granted and scarcely think of it as they speak of their victimhood. As their ranks swell, they benefit from the illusion of consensus and righteousness, drowning out wisdom and the truth of our past. With their growing numbers and the ease of membership, the club perpetually balloons in size as it seduces other impressionable and out-of-touch people to see themselves as victims deserving of retribution or reparations. After all, we can all find a reason to feel deprived, cheated, underappreciated, and victimized. That’s the cost of life on earth.

Ultimately, the difference between the success stories and the sob stories is generally the manner in which the individual managed those costs, and whether he continued to persevere or decided instead to leverage them to justify giving up. The modern movement in support of some twisted variety of "justice" and "reparations" is surely the consequence of the latter, the lifestyle and mentality of quitting and justifying giving up.

The psychology around this flimsy movement, which presupposes that some nebulous abstraction is oppressive only toward certain people of specific complexion, is fascinating. It compares to the sullen child who keeps losing at four square on the elementary-school playground, who threatens to quit each time he loses. “I’m done,” he says. “This game isn’t fair!” In this case, instead of allowing him to abandon hope and just quit the game, or to disconnect from society, the other participants encourage him with a handicap or by telling him they won’t play so hard next time. This doesn’t make him a better player, and it certainly doesn’t mean he’s right in feeling that the game isn’t fair; it just means that the other players have to pretend to play along, lest they risk losing a player in the game. Whether it’s a business owner or a marketing team placating a consumer base, a politician ingratiating himself with voters, or an ordinary citizen trying his best to fit in, people of all walks of life play this game and occasionally capitulate to the temper tantrums. In the context of the modern movement, the only distinction is the number of participants, their age and their conviction for evening the score by alternative means. In this case, when the sullen child resorts to quitting, he aims to destroy the entire game and each of its participants in the process.