Bitcoin: A Bandwagon of Bag Holders

With bitcoin trading around the vaunted $50,000 level, speculators galore project the next moonshot to $100,000 and beyond. In the fanfare surrounding bitcoin, people have been animated about all things virtual, smugly mocking the physical world as they do their best Scrooge McDuck impersonations in virtual form. Regrettably for them, whereas Scrooge had a pool of gold that he enjoyed, they can merely stare at their virtual wallets wondering what they might one day be able to afford.

Ironically, while the bitcoin bandwagon is full of fanatics caught up in their virtual fantasies, they sense they're getting rich not by assessing their wealth in the form of bitcoin, a nebulous unit to be sure, but in the form of US dollars or other assets with actual utility. If not for the fact that the tangible world stands to speculate with them, contributing to their illusions with the assets that make us truly wealthy, the music would've stopped long before the bandwagon ever got going.

In the commotion of the bitcoin bubble, speculators have not only disavowed the fundamentals of investing and the time-tested properties of money, but they have disavowed the physical world in favor of all things virtual. Moreover, they've not only disavowed the physical world, but they've condemned it for the waste and inefficiencies which it reportedly produces. This comes as little surprise, given how disconnected from reality people have become across the globe, especially in the Western world, where the luxuries of tangible wealth have long been enjoyed and since been taken for granted.

Ironically, in their enthusiasm for bitcoin, its supporters have gone to great lengths to compare it to, lo and behold, a tangible asset: gold. Whereas the champions of bitcoin are eager to advertise it as Gold 2.0, they can't escape the reality of the physical world. However, that doesn't keep them from manufacturing bitcoin's advantages or, in still other cases, disguising its fundamental shortcomings.

One of the popular claims out of the bitcoin camp has been that bitcoin is a virtually costless asset, that, unlike precious metals, it costs virtually nothing to hold or store. As we'll uncover throughout this article, these claims are simply untrue.

People of this particular camp like to ignore, or conveniently forget, that bitcoin requires not only energy but raw materials and precious metals in order to function. While most bitcoin fanatics will admit of the energy required to sustain their network, they are shy to draw any attention to the raw materials and the expected costs of scaling up their network.

As they conceal the true costs of the network, they disguise the manner in which the network's utility is maintained. This means that, despite the countless claims to the contrary, there are "storage costs" that are built into the bitcoin network. In this way, the "storage costs" are incurred by the network, just not as conspicuously as they are incurred by those utilizing a custodian for their precious metals holdings.

The primary distinction here is that there are a variety of ways to store precious metals, and indeed most personal holdings incur no storage costs at all; meanwhile, there is absolutely no way to exercise or hold bitcoin without the network incurring those costs. Ultimately, precious metals will never need bitcoin to remain valuable; bitcoin, on the other hand, will always need precious metals to function, insofar as it functions at all.

Moreover, those who are fond of bitcoin like to contend that bitcoin eliminates the cost of transportation, the cost of lugging around and transporting precious metals between banks, mints, vaults and people. This is simply not true. In order to function, all of those resources required to maintain the bitcoin network must be transported from one place to another.

In this way, a multitude of costs are incurred, albeit discreetly, by the people who maintain and contribute to the network. What's more, these parts, which are, of course, transported and stored, will need to be replaced over time. Meanwhile, in order to maintain a position in precious metals, one needn't incur any of these costs at all. It is true that many people use custodians for their precious metals holdings, but even in these cases, precious metals needn't necessarily be transported in order to change the name on the title.

Now, in order for anyone to sell or take delivery of precious metals, he will necessarily incur transportation costs, in many cases a nominal fee, but these costs are limited and needn't be incurred by anyone to support the inherent value of any holding. Bitcoin, on the other hand, has no inherent value, and can be made valuable only by the illusion sustained by a structure which regularly incurs the aforementioned costs. After all, the world is no richer for any additional bitcoin, but it is all the more wealthy for every additional ounce of precious metal which is unearthed.

Finally, precious metals distinguish themselves from bitcoin in being valuable and coveted assets in and of themselves; they needn't trade at all in order for them to possess any value or utility, as they can be used and reused without ever having to sell them. Bitcoin, on the other hand, possesses utility only for its appraisal as a tradable asset, if we dare to even classify it as an "asset" at all.

Bitcoin is a classic testament to the Greater Fool Theory, whereby the "asset" serves any function at all only for the assumption that some "greater fool" will pay more to "own" it. It possesses no inherent traits that aren't artificially bestowed upon it, and it possess absolutely no use case in the event that it indefinitely falls in price. 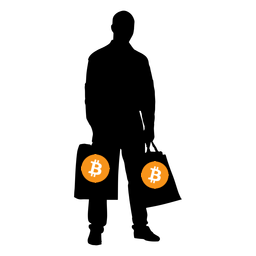 In this way, yet another distinction between precious metals and bitcoin is that the former, possessing inherent elemental properties, enjoys protection in tangible form as well as in price: precious metals will never be worthless. Bitcoin, on the other hand, is neither tangible nor secure; it possesses no inherent qualities, merely a price, quoted in more tangible forms, to be fetched in the market.

It is in this way that we uncover the truth about bitcoin: it is nothing more than a speculative risk trade.

Of course, the difference between the trade and the wealth is that the end goal of the trade is to accumulate more wealth. Nobody seeks to trade for the sake of more trading, but for the wealth enjoyed by the assumption of that risk.

In the future, bitcoin will assuredly be remembered as one of the great speculative risk trades of all time, an elaborate wealth transfer scheme, but it will never function as money or wealth. While this isn't to say that people haven't or won't become wealthier for the trade, it's to say that they will have become wealthier only by selling their bitcoin for the assets that make them truly and sustainably wealthy.

Precious metals are one of those assets: they never degrade over time, they are never used up, and they are irreplaceable for the properties they uniquely possess. With bitcoin, one has merely the hope that he won't be the last one holding the bag.

January 21, 2016
There is a great deal of substance behind the Keynesian motif, “In the long run, we’re all dead.” If this is your prerogative, your axiom, we are destined to differ on matters of principle and timeline. Surely, any quantity or decided cash figure is relevant exclusively to the available produce yielded by its trade. The current valuation thereof, whilst unadulterated, corroborates a rather stable, predictable trend of expectations, whereas its significance wanes once reconfigured by a process of economic, fiscal or monetary manipulation.  Individuals, vast in their interests and their time preferences and overall appetites, are to be made homogeneous by an overarching system which predetermines the price floors, ceilings and general priorities of life. Of course, all of this exists merely in abstract form. However, the supposition proposed by those who champion the agenda of “basic needs” fails to complement the progress achieved by the abolition of presumed guilt by the sole mis
20 comments
Read more

July 31, 2021
Let us all remember that, at the very outset of the reported COVID-19 outbreak, we purportedly had precious little to sacrifice for the “common good.” To be precise, “two weeks to flatten the curve.”  At this point, a year and a half later, we must confess that this projection was either a blatant lie or premised on the farfetched expectation of total participation. At this juncture, it’s self-evident that, while we responded with something approximating total participation, we were destined to never achieve absolute, 100-percent participation in mask-wearing.  Even if we had perfect participation in strict compliance with the ever-changing and uncertain guidance from the so-called experts and approved channels, there would have been no way of proving the public's innocence. What's more, there would have invariably been something imperfect about its execution: whether improper use, inadequate materials, or something else entirely.  Bearing this in mind, those seeking to encoura
Post a Comment
Read more