In all courses of life, debt is a curious yet dangerous instrument: it can serve a person well, but it can just as easily ruin him.

Whereas personal debt serves a vital function to meet needs in times of great exigency, the public debt is a scourge to be avoided everywhere and at all costs. Obscured by empty promises and delusions of grandeur, the public debt, as exercised historically and today, is little more than perpetual slavery: it is a debt-financed government powered exclusively by the exploits of theft, force and coercion. 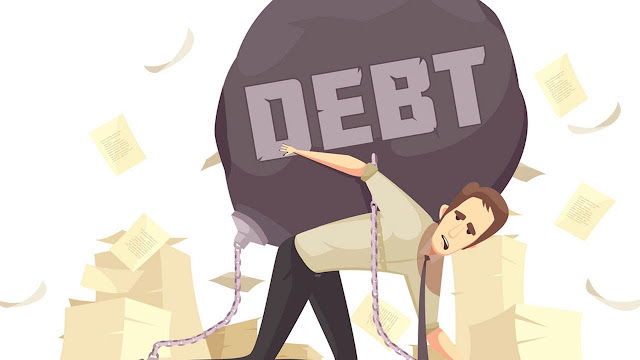 Where its promises are plenty, the costs to the public liberty are indefinite.

Debt-financed government is insidious not only because it creates the illusion that the public can have something for nothing, but because it distorts the relationship between the public and their government; in this way, the government funded through debt is more disconnected from the public which it purports to represent, and it is thereby less sensitive to the limitations imposed by the people as their government imposes untold suffering on a public neither present in the negotiations nor represented by their government.

In this way, a government becomes progressively more audacious and undeterred, seemingly unstoppable because of the creditors who temporarily let them off the hook. It is in this way that government is rendered beholden not to the public and their compact, but to the lenders who expect their compensation.

Little do the people know that the outside investment and the issuance of debt are secured by the coercive forces of government, which stand to swoop in and steal from the public, whether directly or discreetly, in order to repay its creditors or justify more of the same.

It’s in this way that government, through its issuance of debt, seeks to expand its powers over the people, to subjugate the masses to maintain “full faith and credit” in their unit of account, a currency they’ve been thoroughly conditioned or outright forced to use in all of their economic affairs.

Regrettably, in the course of ensuring repayment, government expands its powers to collect from the public, as well as its powers to intimidate them and quell any objections. So, in the course of carrying the public debt, government grows evermore tyrannical in order to service and repay it; and where it meets the faintest of objections against further debt, the institution is thoroughly prepared to overcome them. And so the public debt rises alongside the powers of government, hand in hand as a necessary complement to one another, forming a vicious cycle of perpetual debt slavery.

Those not privy to the mechanics of this exchange are untroubled by the implications; meanwhile, those who understand the mechanics are sufficiently encouraged to play along. It’s in this way that generations are broadly bought and paid for, paving the road to serfdom for their heirs as they bask in the glory of their unearned riches.

By the time the public has been made abundantly aware of the scam, they’ve forfeited virtually all of the means to self-sufficiency and self-preservation. By this time, they too have become dependent upon the structures built upon the precarious debt pyramid; they can hardly wait to forfeit every last measure of their freedom to even stand a chance of survival.

After all, by this time their freedom will be all they’ve got left to sell, lest they journey into almost certain death in the remotest hopes of revolution.

It is for these reasons, and still others, that the public debt is an abomination, a scourge to be avoided everywhere and at all costs, which in every case irrevocably plagues a people into utter ruin. Wherever any people are to allow for any measure of it, they ought to hasten to safely rid themselves of it in their time, so that their heirs may know peace, sovereignty and freedom in theirs.

January 21, 2016
There is a great deal of substance behind the Keynesian motif, “In the long run, we’re all dead.” If this is your prerogative, your axiom, we are destined to differ on matters of principle and timeline. Surely, any quantity or decided cash figure is relevant exclusively to the available produce yielded by its trade. The current valuation thereof, whilst unadulterated, corroborates a rather stable, predictable trend of expectations, whereas its significance wanes once reconfigured by a process of economic, fiscal or monetary manipulation.  Individuals, vast in their interests and their time preferences and overall appetites, are to be made homogeneous by an overarching system which predetermines the price floors, ceilings and general priorities of life. Of course, all of this exists merely in abstract form. However, the supposition proposed by those who champion the agenda of “basic needs” fails to complement the progress achieved by the abolition of presumed guilt by the sole mis
7 comments
Read more

Cullen Roche's Not So "Pragmatic Capitalism"

August 13, 2014
In his riveting new work Pragmatic Capitalism , Cullen Roche, founder of Orcam Financial Group, a San Diego-based financial firm, sets out to correct the mainstream schools of economic thought, focusing on  Keynesians, Monetarists, and Austrians alike. This new macroeconomic perspective claims to reveal What Every Investor Needs to Know About Money and Finance . Indeed, Roche introduces the layman to various elementary principles of economics and financial markets, revealing in early chapters the failed state of the average hedge fund and mutual fund operators -- who are better car salesmen than financial pundits, Roche writes --  who have fallen victim to the group think phenomenon, spawning the nearly perfect positive correlation to the major indexes, and thus, accounting for tax, inflation, and service adjustments, holistically wiping out any value added by their supposed market insight.  Roche also references popular studies, such as the MckInsey Global Institute's report whi
5 comments
Read more