June 10, 2017
In July of 2015, Vitalik Buterin officially released the game-changing technology of Ethereum, an immediate competitor to its now-popular and relatively better-known counterpart Bitcoin. A cursory evaluation of the following chart might lead the reader to some wild conclusions, so continue reading to acquire a better understanding of the trajectory of this new-age abstraction of online currency that, despite its massive gains in recent weeks, hasn't remotely become a household name in even Silicon Valley, the tech capital of the world.

A variety of formal and informal polls suggest a lagging familiarity with the increasingly popular cryptocurrency giants. Those who claim awareness are most likely to recognize Bitcoin, while Ethereum has still flown largely undetected in even the heart of Silicon Valley. One might assume with a chart like this, with its major parabolic upswings and indefinite streams of free money, that awareness of the blockchain medium of exchange would have surged by now.

Beyond the philosophical discussion on cryptocurrencies' viability as money, a subject covered in a previous article, there may surely be some attractive advantages for the investor searching for some short-term exposure to the upside. This article will expose that reader to the merits of Bitcoin's greatest competitor and its eventual replacement atop the leaderboard of cryptocurrency marketshare: Ethereum.

Now, a far greater share of this planet has become at least acquainted with the name of Bitcoin, while some of those may possess a working understanding of its technology. Whatever the case, few people, if any, sitting beside you at the coffee shop have even heard of the name Ethereum, let alone the technology which separates it from the first player on the scene.

The foundation of the cryptocurrency market rests upon the popular belief in its future as money, particularly as a ubiquitous decentralized substitute for highly-manipulable fiat currencies around the world. The value-added work of Bitcoin and Ethereum spawns from its proof-of-work concept, whereby computers actively validate transactions by solving complex algorithms. These so-called miners, otherwise more technically identifiable as validators, are compensated in form of transaction fees and newly-minted coins for their added accountability to the forum of exchange.

Of course, Bitcoin not only made the first major splash on the scene in 2009, but it originally built and filled the pool. With their decentralized and pseudo-anonymous mediums of exchange, cryptocurrencies have become increasingly popular amongst free-market thinkers, self-described libertarians, computer programmers and money launderers.

Through its present insulation from unilateral currency manipulation, Bitcoin, Ethereum and the myriad minor cryptos enable a more pure peer-to-peer exchange channel absent the observable overhead of tax and its less predictable and more obscure brother of monetary expansion, beyond those built-in inflation features and transaction fees tied to each crypto variant.

With fixed inflation set respectively at 1.25 units per minute and 20 units per minute for Bitcoin and Ethereum, translating to roughly 4% and 11% at present supply, investors can assume a steady decline in inflation over the years and, assuming a continuation of real demand, increasing purchasing power per unit of account. This assumption, however, will surely be tested.

There is absolutely no doubt that the present technology is demonstrably valuable to users in the space; however, many surveyors of the crypto universe have cast plenty of doubts upon the actual application of the technology relative to its designed purpose as a medium of exchange. Assuming that the reader is wholly aware of these inherent risks attending the market, let us journey through the technical characteristics of Ethereum which distinguish it from the rest of the class and nearly guarantee its victory over Bitcoin across the next several months. 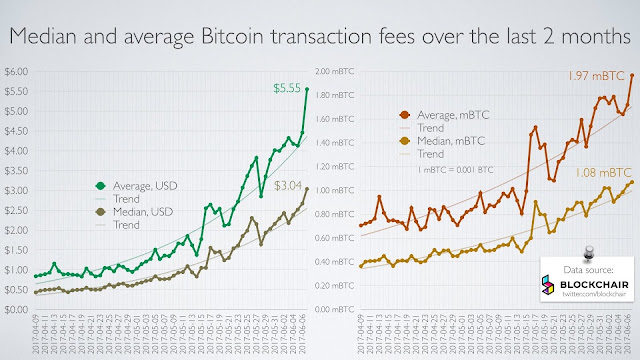 Now, Ethereum has modified its proof-of-work model to limit the total costs of each transaction. Whereas the proof-of-work model relies upon the exhaustive application of resources, measured in computational effort denominated in units of gas, to validate transactions, the proof-of-stake concept mitigates the toil by relying upon a deterministic method of charging stakeholders with vetting responsibilities and passing these costs reductions to Ethereum transactors and raising the ceiling on the potential growth for each Ethereum unit.

So, while investigating the sea of options in the cryptocurrencies market, one will be best served by recognizing the scalability and costs structure of Ethereum relative to Bitcoin. These modifying characteristics found between these two cryptos will be borne out across the coming months, and those caught in the hull of Bitcoin will abhor their loyalty to their celebrated unsinkable ship.