October 05, 2017
In the aftermath of the violent murdering spree in Las Vegas, Nevada, an emotional whirlwind has reliably tossed the intellectual world away from pragmatic understanding and logical thought toward fantasies of the Orwellian state of nirvana.

As it turns out, Democrats are far too emotional to reason, while Republicans are far too inarticulate to defend freedom. So the end outcome will seemingly continue to favor conviction at the expense of liberty.

And unfortunately the eventual masterplan will predictably fail, by fault of design, as political pundits, much like their wide array of unaccountable social programs, have no real end game beyond justifying still further expansion of the public Leviathan.

In policymaking, it is always and everywhere an endless cycle of political whack-a-mole.

And just like the popular arcade game, it sells and players keep coming back to it. 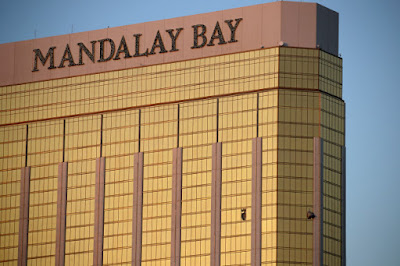 This publication is dedicated to addressing some of the recurring themes discussed each time the subject of gun control returns to relevancy.


Claim: "It is ridiculous that these events can occur unpredictably at anytime solely from possession."

Truth: The price of freedom is the capacity for failure.

Moreover, these events are generally unpredictable; however, they are clearly not the consequence of basic possession.

Their vile uses are corroborated by the actions of those who wield them.

Claim: "It's not that I think guns should be banned, but the regulations and checks for acquiring them should be a lot more stringent."

Truth: This statement falls victim to the fallacy of "should."

Furthermore, regulations cannot possibly be successful in recovering existing weapons, and even the strictest criteria will invariably fail to prevent that single atrocity committed by an eager gunman without a single demerit on his record.

In this case, the only feasible political method would be a nationwide raid on property combined with a complete ban on all weapons, a fantasy prohibition that would only supercharge the real demand for weapons throughout the informal economy.

Follow the prices of equities for firearms manufacturers over the past week for further empirical evidence of this trend.

Claim: "People have to acquire a license for medical marijuana and licenses a [sic] throughly checked a majority of them time when purchasing alcohol. What can't similar or more strict circumstances exist for firearms?"

Truth: The war on drugs has a reprehensible record tied to causing still further crime and greater substance use, as the underground economy breeds violence and opaqueness which jeopardizes the safety of consumers, producers and distributers alike.

As Nobel Prize-winning economist Milton Friedman explained in his 1991 interview on the subject, "If you look at the drug war from a purely economic point of view, the role of the government is to protect the drug cartel. That's literally true."

In fact, many studies show that teen marijuana use has declined markedly across years of increasing legalization. Researchers from the Washington University School of Medicine in St Louis show a 10-percent decline of use between the years 2002 and 2013.

Finally, the gun ownership rate in the United States has climbed by roughly 50 percent over the past two decades. Meanwhile, the national homicide rate is down commensurately over the same period.

As one Stefan Molyneux once put it:
“If you are for gun control, then you are not against guns, because the guns will be needed to disarm people. So it’s not that you are anti-gun. You’ll need the police’s guns to take away other people’s guns. So you’re very pro-gun; you just believe that only the Government (which is, of course, so reliable, honest, moral and virtuous…) should be allowed to have guns. There is no such thing as gun control. There is only centralizing gun ownership in the hands of a small political elite and their minions.﻿”
Far from the existential threat posed to society, as often portrayed by those on the Left, the right to keep and bear arms is essential to life, liberty and the pursuit of happiness. It is only the gun in the wrong hands, whether the criminal or the tyrant (pardon my redundancy), which poses an existential threat to our lives and our communities.
Ultimately, guns keep people safe every day: they keep us safe from the criminals who misuse them, who steal them or acquire them illegally, who use them in armed robberies, home invasions, or to commit (or attempt) murder. Guns give ordinary, law-abiding citizens peace of mind in their homes, and they give people (i.e. women, the infirm, and the elderly) the means to defend themselves from stronger assailants. Whether it's the American Patriots, the French, Dutch, or Polish Resistance, guns have secured liberty and defended people and whole societies from tyranny. Guns are the great equalizer, for law-abiding citizens against assailants, and for free people against tyrants.