The Fallacy of Choice 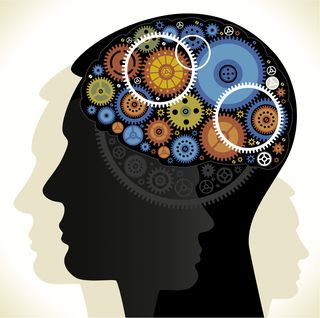 Are People Nice or Are They Playing The Game?

Most perceived occasions of niceness or sympathy are rooted in a game strategy by which the participant is aiming to protect, preserve, or advance his proprietary holdings, social reputation or conscience, or his status in law, while observers only recognize the outcomes of his mental calculus without any insight into the underlying mechanical intentions.

Why Do We Care What People Think?

Why is it that individuals are so conditioned to seek approval, agreement, and any other offshoot of social acclaim? This predisposes calculated individuals to calculus-altering values whose unit-based relevance is surely more precisely classified upon a scale of merit, but which mystically renders itself valuable merely because the recognized source casually shares visible countenances and characteristics with counterparts who claim far greater wisdom and possess far more intimate detail in their subject matter expertise.

The Fallacy of Choice

It may be, after all, that all of human behavior is the mere semblance of choice, amidst a sea of possible alternatives known to any third party, whereby choice is truly the manifest expression of instinct or comparative advantage. Consider even the fallacy of exhaustive hypotheses, otherwise known as a false dilemma, whereby a situation precludes the consideration of at least one additional option. These dilemmas can take myriad forms, including the following:

"You either support the war in the Middle East or you are anti-American."

"You can have either small government with fewer handouts or a low minimum wage, but you can't have both."

The dilemmas outlined above clearly neglect at least one additional option: for the first, a Constitutional scholar may contend that he is pro-American by declaring unconstitutional the war in the Middle East; for the second, a skilled economist could easily describe a near-infinite set of alternatives which could conceivably partner with a retracted form of government to enable an appreciation of real wages for these former low-wage workers. In the end, however, there always exists an additional option which will often reside just beyond our capacity to recognize it. In the way that words often appear to be at the tip of our tongues, we cannot possibly independently remember all of the details pertaining to any situation, so we prune our memories to heuristics, concepts and extremes. This results in fallacious and incomplete thinking. By the way, who was the original host of Family Feud?

In our own respective pursuits of maximized survival, we seem to forget information which may have once been useful to us, but which now strikes us as foreign, complex, or trivial. We therefore dismiss it from our available memory, not immediately but over time, gradually transferring our attention and bandwidth to more relevant and urgent tasks.

If you are still reading closely after having arrived at the name Richard Dawson, congratulations on completing the prior task. I assume that the name may not have readily registered in your mind; that some focus may have been robbed from your other cognitive sensitivities; that your further reading may have been impaired by your will to remember his name. Others may have correctly assumed that they would quickly discover his name by continued reading, while others still may have simply abandoned the task. Under either case, the reader embodies the very spirit of this article, which intends to make a convincing case against the oversimplified matter of choice. Your behavior here has likely been the consequence of replicated exposure to value-based mechanisms which have indelibly, even subconsciously instructed you on whether the reward attending the former task would justify the toil. The outcome here is relevant only insofar as it reveals the means by which you are efficient.

Imagine, for example, one’s competitors in an athletic event who have indirectly encouraged him to train religiously each day of the week; or imagine a sibling rivalry which continues to inspire the twins to assume their respective positions in the household, whether as the academic, the athlete, or the contrarian, even some combination thereof.

There are infinite examples of these behavioral responses to interpersonal, inter-environmental circumstances which personally and circumstantially warrant the individual’s actions. There may be, however, no specific facet of hyperconscious acuity which allows the individual to actively manipulate or “choose” his course beyond the relative scale of comparability afforded to him by his present circumstances and his inertial, marginal-advantage-seeking disposition toward self-preservation through effortful, expensive value-added behaviors: these are the means toward common ends which include scaled subsistence across varied quantities and qualities, spanning diet, personal and proprietary aesthetics, expectation or transference of opinion, and countless specific subsets of broadly reputation- and welfare-focused outcomes.

Ultimately, when one learns that a peer has capitalized upon an opportunity to leverage himself to greater advantage, whether by running additional mileage, reading another piece of literature, performing an additional set of push-ups, buying the latest Apple Watch, moving into the more lavish neighborhood, purchasing the newest BMW, or furnishing his home with the latest Bose speakers, designer dinnerware, and living room furniture, that competitor, whether he is formally recognized as such, will prime his peer to accept that these marginal upgrades are truly definitive of his status.

Herein the peer-influenced individual is predetermined to accept this to be the case, as he has already conceded that his life is to be defined this way, especially if he owns and has before worked to achieve the earlier, now obsolete models of these supposed benchmarks. In order to evade these pressures which forge one’s appearance of choice, he would require an exogenous influence to alter his focus. This may take the form of fringe differences or epiphany-style overhauls — whether physical or metaphysical, as in a conversion of thought or behavior by primary influences or a total loss of confidence in those influences — consistent with the enormity of their impressions: a function of ease, compulsion, recognition, and time.